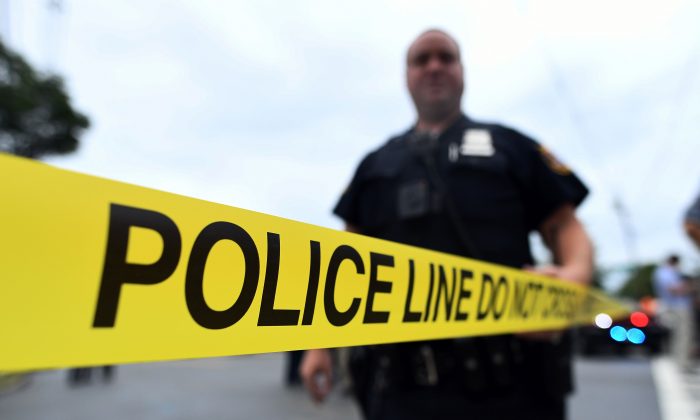 The mayor of a Mexican village was dragged through the streets via a pickup truck, leading to the arrests of 11 people.

The State’s Attorney General’s Office in Tuxtla Gutierre said the incident took place on Tuesday in the municipality of  Las Margaritas. A group of people stormed Mayor Jorge Luis Escandón Hernandez’s office before beating him and tying him to a pickup truck and dragging him through the streets, reported Excelsior, a Spanish-language news website.

The group of mostly farmers had demanded that Jorge Luis Escandon Hernandez, who was with the socialist Democratic Revolution Party, build a road that was promised to them during his political campaign.

The mayor reportedly refused before the mob pulled him out of the building and tied him to the back of a truck.

Surveillance footage captured the moment he was dragged through Santa Rita, in Las Margaritas.

Excelsior reported that police were ultimately able to rescue him.

At least 20 people were injured and 11 were arrested when locals fought with police, La Republica reported.

The General Prosecutor of the State of Chiapas said that Hernandez is currently “safe and sound” and is being examined by doctors.

It was the second attack this year by locals who were demanding that the mayor build the road, the BBC reported.

The state prosecutor’s office also condemned the attack and said it would deploy ore police officers.

Murder Rate on the Rise

Murders in Mexico jumped in the first half of the year to the highest on record, according to official data, underscoring the vast challenges socialist President Andres Manuel Lopez Obrador faces in reducing violence in the cartel-ravaged country.

There were 14,603 murders from January to June, versus the 13,985 homicides registered in the first six months of 2018, according to data posted over the weekend on the website of Mexico’s national public security office.

Mexico is on course to surpass the 29,111 murders of last year—an all-time high.

For years, Mexico has struggled with violence as consecutive governments battled brutal drug cartels, often by taking out their leaders. That has resulted in the fragmentation of gangs and increasingly vicious fighting.

Lopez Obrador, who took office in December, has blamed the economic policies of previous administrations for exacerbating the violence and said his government was targeting the issue by rooting out corruption and inequality in Mexico.

“Social policies are very important—we agree they’ll have positive effects. But these positive effects will be seen in the long term,” said Francisco Rivas, director of the National Citizen Observatory, a civil group that monitors justice and security in Mexico.

Go Back: World News
Previous: Analysis: The Long Arm Of China And Free Speech
Next: Chinese communist regime says Chinese will have to undergo a facial recognition test to use the Internet
source : www.theepochtimes.com
''