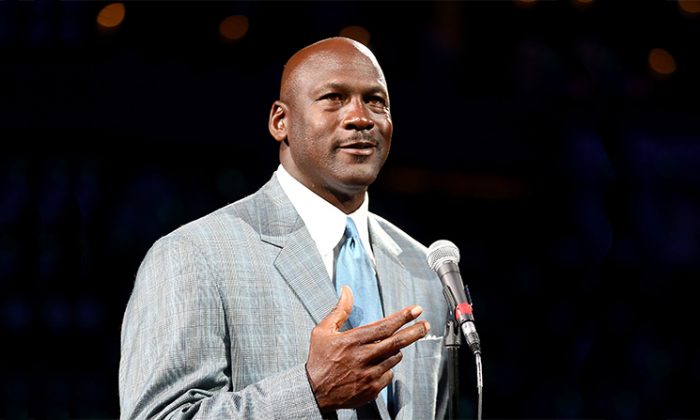 An emotional Michael Jordan this week unveiled a medical clinic he has funded in Charlotte, North Carolina, which will offer care to those who are uninsured and underinsured.

Jordan gave an emotional speech at its grand opening on Oct. 17.

Michael Jordan got emotional while unveiling the first of two medical clinics he and his family funded in Charlotte.

The clinics will provide medical care to underprivileged members of the community. https://t.co/y2C6wd0X64 pic.twitter.com/SaPMAbRzfG

“As you can see, it’s a very emotional thing for me to be able to give back to a community that’s supported me over the years,” the six-time NBA champion said, reported CNN.

“This is just the start of a battle of being able to touch as many people as we can,” Jordan said, with tears streaming down his cheeks.

The clinic’s opening in west Charlotte came two years after the 56-year-old donated $7 million to Novant Health to build two facilities, the second of which has not yet opened.

In his speech, Jordan spoke of the “impact” he wishes to make to the lives of those in the region.

“The money is not an issue for me, it’s the commitment to be able to make a difference and make an impact,” he said.

Carl Armato, CEO and president of Novant Health, said in a statement: “At Novant Health, we are deeply committed to caring for patients beyond our walls.”

“This clinic will not only provide access to medical care for those who need it most, but it will connect them to resources to ensure their health extends beyond the doctor’s office. We are so grateful for Michael Jordan’s continued partnership and generous gift, which will transform thousands of lives in the west Charlotte community.”

According to the news release, Charlotte residents will be supported with resources “that range from bus passes to social support services.”

Jordan explained he based his decision to fund the two clinics on Novant Health’s plan to provide not only primary care to residents, but “other needed services” as well.

“I feel very fortunate to be able to give back in this way, because I believe that your ZIP code or neighborhood should not determine the quality of your health care—or whether or not you can even get care at all,” Jordan said.

To ensure the community’s needs were met, the clinic was constructed and designed with regular input from residents throughout the planning and development process.

“The community is embedded into the very foundation of these clinics,” Armato added. “I know how important that is both to Michael Jordan and to Novant Health. We want the community to know that we’re not just here when they’re in crisis or in need of urgent care. We’re here for the long haul.”

Go Back: Life Style
Previous: The Courage of Consistency
Next: Pharma Wants You to Be Sick—and Celebrities Help
source : www.theepochtimes.com
''