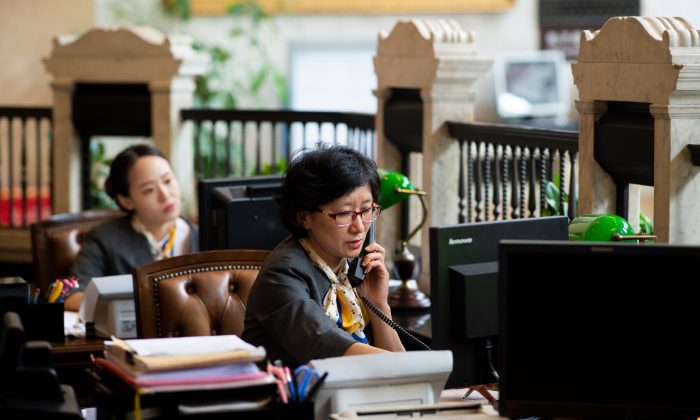 Warning signs are flashing all over China’s banking sector.

Chinese regulators have seized and bailed out lenders at an unprecedented pace amidst a surge in bad debt all the while forcing banks to step up lending at increasingly lower interest spreads. It’s a way to keep banks in business but not a recipe for future longevity.

Increasing worries about the health of China’s financial system have hit investor confidence in banks and hurt recent capital raising efforts as well.

I wrote in August that after three Chinese bank bailouts in three months, more will follow. After a few months of calm, two local bank runs in November have added fuel to the fire.

Yingkou Coastal Bank is the latest to suffer a bank run. Yingkou faced a “flash mob” of customers, who feared that the bank was on the verge of collapse. The Liaoning Province-based bank was forced to stack bundles of yuan notes high behind the counters of its branches as a show of confidence in the face of customers queuing up to withdraw, according to a Reuters report. Local government officials also were sent to bank branches to calm customers and promise that the bank had sufficient liquidity.

When Baoshang Bank was taken over by Beijing regulators in May, it was the first state bailout of a financial institution in more than 20 years.

The financial health at mall Chinese banks is increasingly worrisome. Armed with a smaller suite of products than their biggest counterparts, small banks have had to make do by jacking up interest rates offered to attract depositors. But while such measures can stop bank runs, they squeeze the bank’s rate spread and hurt profitability, and putting the bank in even weaker financial position in the future.

Souring loans pose another dark cloud over small banks. China Bank­ing and In­sur­ance Reg­u­la­tory Com­mis­sion’s second quarter 2019 statistics reported total non-performing loans (NPL)—or bank loans which are behind in payment—were 2.24 trillion yuan ($319 billion). The NPL ratio at banks were 1.81 percent, an increase of 0.01 percent from the prior quarter. China’s real NPL figures, according to most experts, are likely orders of magnitude higher than the official metrics.

China has thousands of small lenders, mostly serving individuals in rural areas and small businesses. While they are less systemically important than national lenders—which cater to large businesses and state-owned enterprises—their customers are the common people and could undermine the Chinese Communist Party’s social stability if they begin to fail at a faster pace.

On the surface, the Postal Savings Bank’s 33 billion yuan ($4.6 billion) IPO was 79 times oversubscribed from retail investors, according to a Caixin report citing securities filings.

That figure sounds like a ton of demand. But the reality is that demand for Postal Savings Bank shares was the lowest for a domestic stock listing since China National Nuclear Power Co.’s IPO in 2015, which occurred right before the 2015 Chinese stock market crash.

Typically IPOs in China are usually hundreds of times oversubscribed due to investor demand and expectation of an early windfall. The muted response for Postal Savings Bank is a vote of no-confidence on China’s banking sector and increasing worries over mainland stock valuations.

Go Back: China News
Previous: About 380,000 Protesters in Hong Kong Turn Out For March to Renew Their Calls for Freedom and Democracy
Next: Citi: Hong Kong Bill Unlikely to Derail Partial Trade Deal
source : www.theepochtimes.com
''

Timeline: China’s Handling of the Pandemic and Canada’s Stance

China Flies 18 Warplanes Near Taiwan During US Envoy’s Visit

Lawmaker Introduces Bill to Scrap US Adoption of ‘One China Policy’