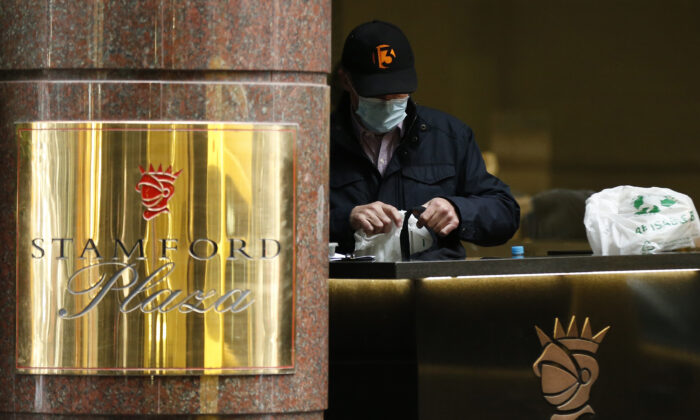 Victoria’s opposition leader has called for the health minister to stand down while comparing the outbreak at a hotel used by the government to quarantine COVID-19 patients to New South Wales’ Ruby Princess outbreak.

“There has to be accountability when these sort of mistakes are made it’s not about finger-pointing, it’s just about being accountable for the job you’ve got to do,” O’Brien said on Seven’s Sunrise program on July 3.

“Why Daniel Andrews didn’t take up the offer to have ADF (Australian Defence Force) personnel, people who are trained, people who know what they’re doing, why he didn’t take up that offer is beyond me and unfortunately, 300,000 Victorians are facing extra lockdowns because of those bad decisions.”

Premier Daniel Andrews did later ask for help from the ADF.

It is alleged that the negligence of hotel security guards involved in the quarantine program has contributed to the second wave of COVID-19 infections across Melbourne, Victoria’s capital city.

There are allegations of under-trained staff, inadequate personal protective equipment, private security contractors claiming for shifts not worked, and even claims that some hotel guards had slept with guests.

“This shouldn’t have happened, what has happened isn’t bad luck, it’s bad decision making from a government that put unqualified, untrained and unprofessional security guards in charge of hotel quarantine,” O’Brien said.

“It’s Victoria’s own Ruby Princess in a way.”

O’Brien said that some guards had failed to do their job and have instead ended up getting infected themselves; going on to spread the virus through the community.

“Some of those same private security guards are still guarding hotel quarantine, which is just unbelievable,” O’Brien said.

In response to the allegations, the federal Minister for Health Greg Hunt called for the Victorian government to bring those responsible to justice.

“If those statements are true, that would be completely and utterly unacceptable and we would encourage the Victorian authorities to throw the book at them,” Hunt said on July 2.

On July 2, Andrews announced a judicial inquiry into the hotel quarantine program.

In a media release titled “So many questions for Daniel Andrews to answer about his hotel quarantine disaster,” O’Brien said Andrews is using the inquiry to cover up his mistakes.

“Daniel Andrews can’t hide behind a judicial inquiry into the stuff-ups in hotel quarantine,” said O’Brien.