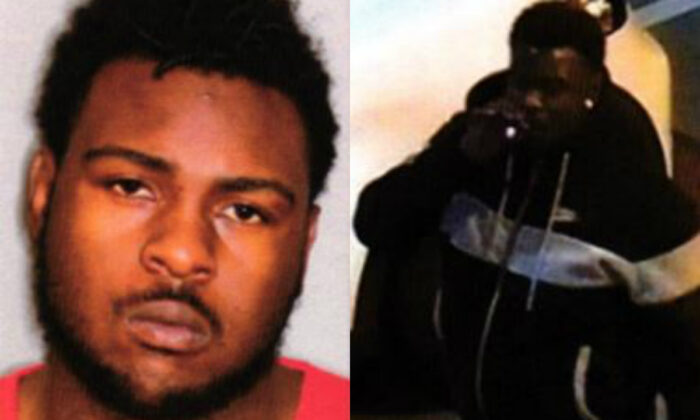 Homicide detectives are looking for an 18-year-old after prosecutors charged him with murder in the fatal shooting of another teenager inside the infamous “CHOP” zone in Seattle.

Marcel Long was charged on Wednesday with murder in the first degree, according to court documents obtained by The Epoch Times. Prosecutors said he planned the killing of Lorenzo Anderson in the lawless Capitol Hill Autonomous Zone, later know as the Capitol Hill Organized Protest, or CHOP, in late June.

The shooting was one of several that finally forced city officials to clear the zone, after weeks of tolerating its existence. Anderson’s mother blames Seattle officials for her son’s death and filed a lawsuit against the city last month.

Detectives identified Long through video footage captured on the scene. Video showed him approaching Anderson and pulling out a handgun. When Anderson fled, the defendant chased him.

A group pulled Long aside but he broke free and continued to race after Anderson before ultimately extending his hand with the gun and firing multiple shots.

Anderson died from his wounds.

Long was identified within a day of the shooting. Detectives received information that he immediately fled Washington state. All efforts to find him have been unsuccessful.

“The defendant’s willingness to fire his weapon around crowds of people, in his effort to kill Lorenzo, demonstrates the severe danger to the community and the risk of harm to others. His immediate flight also demonstrates his desire to avoid being held accountable for this crime,” Erin Ehlert, senior deputy prosecuting attorney for the King County Prosecutor, said in a court filing.

The state is requesting bail be set at $2 million.

It wasn’t immediately clear why it took so long for Long to be charged.

A Seattle Police Department detective said in a court filing that police received reports of a shooting within CHOP around 2:20 a.m. on June 20 and responded 15 minutes later “after gathering sufficient resources.”

When officers entered the zone, they were confronted by an aggressive and volatile crowd who surrounded the officers and shouted at them to leave.

Security at Harborview Medical Center reported around 2:43 a.m. that a gunshot wound victim had just been “dropped off.”

Police officers arrived at the center soon after and located the victim. Medical personnel told them he was pronounced dead at 2:53 a.m.

“In a typical investigation of homicidal violence in Seattle, that is not within the confines of the CHOP/CHAZ, Seattle Police would quickly establish a perimeter around the crime scene and collect evidence and photo-document the scene. In this case, because Seattle Police had been excluded from this location, the scene was not contained for their investigation and crime scene investigators did not collect evidence, map out the location, take photos and videos, or talk to individuals who often remain near crime scenes to talk with police,” the detective wrote.

However, police received tips from a number of citizens. For instance, one man, who said he was second-in-command for CHOP’s volunteer security force, collected shell casings and bullet fragments and took photographs of blood stains on the pavement. Some of the callers identified the gunman as a black male who goes by the name of “Celly Cell” and was related to Marleco Green.

According to one witness, the shooting was the result of a long-running dispute, which began approximately a year ago when Long and the victim got into a fight which was reportedly recorded and posted on YouTube.

Police are asking anyone with information about Long’s whereabouts to call their violent crimes tipline at 206-233-5000.

Detectives are still working on identifying the shooters in another shooting that took place in CHOP on June 20.

Long is scheduled to be arraigned on Aug. 19.