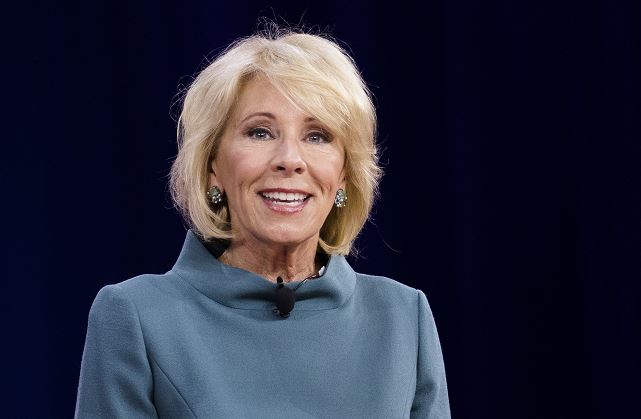 Schools will no longer have to investigate certain sexual harassment allegations in order to maintain their federal funding.

Starting Aug. 14, new Department of Education (DOE) rules will come into effect changing the definition of sexual harassment under Title IX of the Education Amendments of 1972.

Two lawsuits by 18 Democratic state attorneys general failed to block the rules as judges concluded the suits were unlikely to succeed.

Previously, schools were required to respond to sexual harassment allegations that were “so severe, persistent, or pervasive as to deny or limit a student’s ability to participate in or benefit from the school’s programs or activities.”

The new definition is “unwelcome conduct that a reasonable person would find so severe, pervasive, and objectively offensive that it denies a person equal educational access.”

Opponents argued that the new definition was too narrow and would force schools to ignore allegations that don’t clear the higher bar.

The department said it narrowed the rule to balance it against First Amendment considerations “for the social and developmental growth of young students learning how to interact with peers in the elementary and secondary school context [and] foster robust exchange of speech, ideas, and beliefs in a college setting.”

Schools will still be free to handle allegations outside of the Title IX scope as they see fit, as long as they don’t claim they are required to do so under federal rules.

“In light of these commitments from the Department, it is hard to see how Plaintiffs are likely to succeed even on their narrow claim that the Department exceeded its authority by mandating the dismissal of complaints alleging non-Title IX harassment,” said Judge Carl Nichols, appointee of President Donald Trump, in his Aug. 12 opinion denying the plaintiffs request to put the new rules on hold while the lawsuit plays itself out (pdf).

For allegations that fit the new definition, schools will have to adopt due process that, among other things, requires that both the alleged victim and the accused can respond to each other’s arguments, but don’t have to do so on their own and in person. Schools will also have to train at least some of its staff to properly handle such allegations. Colleges will be required to hold live hearings, while for K–12 schools, hearings will be voluntary.

The states argued that the new rules would be too costly to implement, that they come into effect too quickly given the COVID-19 pandemic, and are too narrow in other regards.

Nichols dismissed those arguments. He said the schools likely already incurred most of the costs, given the rules are about to come into effect, and that schools have long seen them coming.

“The Final Rule is similar to the proposed rule in most respects, and thus schools have had almost two years to analyze and understand its requirements,” he said.

The second suit, in the Southern District of New York, also failed to secure an injunction.

“While the plaintiffs disagree with the choices made by the DOE, they have failed to show that those decisions were arbitrary or capricious,” said Judge John Koeltl, a Bill Clinton appointee, in an Aug. 9 opinion, concluding that the lawsuit wasn’t likely to succeed, the rules didn’t pose irreparable harm, and the public interest didn’t favor injunction (pdf).