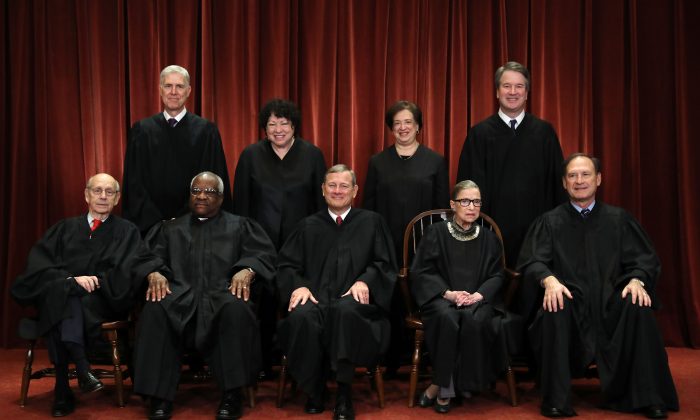 On Oct. 17, Senator Sheldon Whitehouse (D-RI) and Congressman David Cicilline (D-RI) led a bipartisan group in introducing the Judicial Travel Accountability Act in both chambers of the U.S. Congress.

According to a press release on Congressman Cicilline’s and Senator Whitehouse’s websites, the Ethics and Government Act requires that Supreme Court justices and federal judges disclose only the “identity of the source,” and “a brief description of reimbursements,” over a dollar threshold currently set at $390. However, judges and justices are not required to identify the dollar value of the reimbursement. They are exempted entirely from reporting any gifts in the form of “food, lodging, or entertainment received as personal hospitality.”

“To avoid conflicts of interest, the American people ought to know what hospitality, travel, and other emoluments justices and judges receive,” said Whitehouse.

“Full transparency is critical for ensuring public confidence in our system of justice.  Supreme Court justices and federal judges should always be held to the highest ethical standards,” said Cicilline.

According to Fix the Court, national, nonpartisan organization, members of Congress and the officials of the executive branch are currently required by law to submit the details of their reimbursed travel, lodging, and meals similar to what is proposed in the Judicial Travel Accountability Act.

Congressman Cicilline and Senator Whitehouse reference in the press release posted on their websites the report by the nonprofit investigative journalism organization Center for Public Integrity. The report, published in 2015, analyzes travel expenses of the Supreme Court Justices’ for 2014.

According to this report, in 2014, “All of the justices received at least some free travel, even if not international.”

Justices usually travel to deliver lectures, teach classes, participate in law conferences, receive or present awards, as well as to participate in other activities at law schools, or the bar.

According to the report, Chief Justice John Roberts’ travel, lodging, and meal expenses related to his teaching a course on the history of the Supreme Court at the New England School of Law in London were reimbursed.

Retired Justice Anthony Kennedy took a three-week multi-stop trip to Salzburg, Austria, San Francisco, and Aspen, Colorado, to teach and speak. The trip was paid for by the Aspen Institute and the University of the Pacific, says the report.

New York University paid for Sonia Sotomayor and Ruth Bader Ginsburg to travel to Florence, Italy, according to the report. Sotomayor participated in a law school conference, and Ginsburg went there to teach.

Daily Caller cites Justice Elena Kagan who said in March that “Chief Justice John Roberts is considering whether the high court could adopt its own code of ethics.”