NFL Commissioner Says League Has ‘Moved On’ From Colin Kaepernick 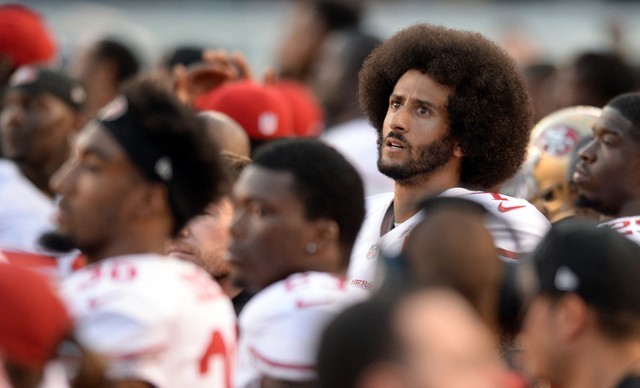 Weeks after controversial former NFL quarterback Colin Kaepernick held a workout in front of several teams, league commissioner Roger Goodell told reporters that he and the NFL have “moved on.”

“I haven’t thought about this in a few weeks,” Goodell said, according to CNN. “This was, as I’ve said to you before, about creating an opportunity. Which Colin’s representatives came out in early October [with a list of false narratives about Kaepernick], and we created that opportunity. It was a unique opportunity, incredible opportunity, and he chose not to take it. I understand that. And, you know, we’ve moved on.”

The NFL sponsored a workout for Kaepernick, who rejected the league’s waiver and held his own workout miles away. The NFL criticized the last-minute change, but it said the move won’t bar him from seeking employment in the future.

Kaepernick’s representatives said he wanted the workout to be open to media coverage and claimed the NFL rejected it.

The report noted that about a half-dozen teams and 300 fans came to see the workout.

“I’ve been ready for three years, I’ve been denied for three years,” Kaepernick told reporters after the event. “We all know why I came out here, showed it today in front of everybody. We have nothing to hide. So we’re waiting for the 32 owners, 32 teams, Roger Goodell, all of them stop running. Stop running from the truth. Stop running from the people. We’re out here, we’re ready to play. We’re ready to go anywhere. My agent, Jeff Nalley, is ready to talk to any team. I’ll interview with any team at any time. I’ve been ready.”

In a statement, the NFL said it was disappointed Kaepernick didn’t appear for its workout.

Since his workout, the 32-year-old former San Francisco 49ers quarterback has received no officers, according to ESPN reporter Adam Schefter. “The workout last week did absolutely nothing to enhance the chances that Colin Kaepernick is going to wind up with another team,” Schefter said late November.

“There hasn’t been a team that has requested a visit. There hasn’t been a team that has expressed interest in signing him. So, despite the fact that one week ago we saw Colin Kaepernick work out at the high school down in the Atlanta area, it has not translated into any results, and though the league wanted to try to help out, at least said it was trying to help out, nothing’s come of it. Colin Kaepernick’s wait continues and it looks like it’s going to be continuing for a very, very, very long time,” he remarked, according to Bleacher Report.

Kaepernick drew widespread controversy during the 2016 season when he kneeled during the playing of the U.S. national anthem, later saying he did so to protest against police brutality. The move drew significant backlash among fans, who threatened boycotts.