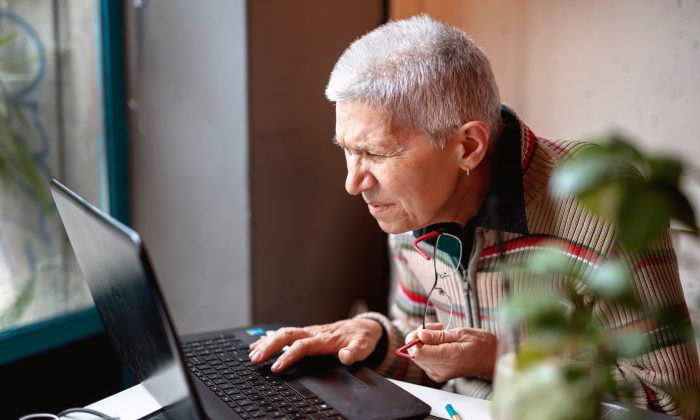 While genetics may play a role in vision loss, diet is a major factor too many doctors overlook. (TeodorLazarev/Shutterstock)
Updated: 2019-08-23 21:45:02

How often have we been warned that we are what we eat?  Now, a book by Dr. Chris Knobbe, “Ancestral Dietary Strategy to Prevent and Treat Macular Degeneration,” is an eye-opener.

Knobbe claims doctors have been taught for years that macular degeneration—the top cause of serious, irreversible vision loss for people over age 60—is due to aging and genetics, but it’s not entirely true. Rather, he claims the leading cause of blindness in North America is due to the garbage we’re eating.

“Don’t fire until you see the whites of their eyes” was a military command given to British soldiers long ago. But if these soldiers had MD they would not have fired a single shot. MD destroys the macula, a tiny spot on the retina responsible for central vision.

Dr. Knobbe, an ophthalmologist, reports that before 1925 there were about 50 cases of MD in the world’s medical literature. But by 1975, 8.8 percent of Americans over the age of 50 had this disease.

Dr. William Osler, professor of medicine at McGill University, once commented only a doctor who has a particular disease really understands it. In this case, Knobbe, who suffered from arthritis for 15 years, heard about the Paleo Diet. Then after 10 days of following it, he noticed his pain was 80 percent improved. Obviously, he wanted to understand why.

Dr. Knobbe asked himself, “Could macular degeneration also be the result of poor nutrition?”

This question changed the course of his life. He discovered that MD was strongly associated with heart disease and Type 2 diabetes. And that MD, and these diseases, once rare, are now of epidemic proportions.

Dr. Knobbe now urges doctors to stop attributing MD to aging and genetics and consider the role of diet. In 1961, North Americans were consuming 9 grams daily of polyunsaturated vegetable oils. By 2000, it increased to 40 grams daily.

This is not just a North American problem. Knobbe’s research shows that the same situation exists in New Zealand and Japan. It is obvious that something has gone terribly wrong. So what can consumers do?

Knobbe says a good start is to start saying ‘no’ to processed foods, vegetable oils, and sugar. This means switching to eating unprocessed whole foods. And fast-food restaurants are off-limits. He adds that bone broth is helpful and since MD patients are deficient in vitamin A, D, and K2, they need a tablespoon of extra virgin cod liver oil twice a week.

Will North Americans heed this advice about the garbage we’re eating? I hope some readers listen, as preventable blindness is a tragedy. So add more wild fish, meat, eggs, fruits, vegetables, nuts, and seeds to your diet. This can help to prevent macular degeneration and a host of other chronic disabling conditions.

Dr. Ken Walker (who writes under the pseudonym of Dr. W. Gifford-Jones, MD) is a graduate of Harvard Medical School who has written a weekly medical column since 1975. He is the author of nine books. For more information, visit www.docgiff.com

Go Back: Life Style
Previous: How Eating Garlic and Raw Honey Can Change Your Body and Life in Just 7 Days
Next: Top 5 Anti-Aging Activities That Don’t Cost a Thing
source : www.theepochtimes.com
''