‘Not the Way to Do Diplomacy’: US Ambassador to Australia Criticises Chinese Embassy’s Complaints Dossier 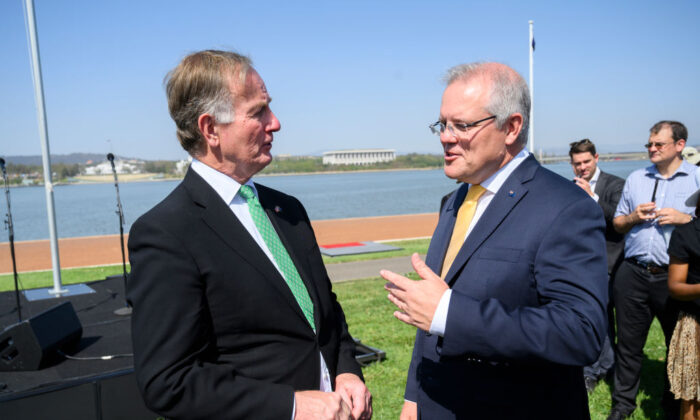 The U.S. ambassador to Australia has criticised the Chinese embassy in Canberra for deliberately “leaking” a dossier of grievances against the federal government to the mainstream media.

“I’ll be a little bit undiplomatic,” Ambassador Arthur Culvahouse Jr. told reporters on Wednesday. “You would never see a United States embassy hand such a list to a reporter in Australia.”

“That list reflects instances of the government of Australia standing up for its own interest and furthering the national interest of Australia,” he said.

Culvahouse Jr. thinks those kinds of concerns should be handled government to government and said it was “not the way to do diplomacy.”

“That sort of interference I don’t think you would see the United States engage in,” he said.

Just last week, Prime Minister Scott Morrison was forced to respond to a dossier provided by the Chinese embassy in Canberra to Nine Entertainment Co. which owns The Age and The Sydney Morning Herald.

The list of grievances included: government funding for the Australian Strategic Policy Institute, raids on Chinese journalists, academic visa cancellations, and Australia’s participation in multilateral forums on China’s affairs in Taiwan, Hong Kong, and Xinjiang—which the regime claimed that Australia was “spearheading.”

It also complained about Australia’s calls for an independent investigation into the origins of COVID-19, the disease caused by the CCP (Chinese Communist Party) virus (novel coronavirus), the ban on Huawei from the 5G network in 2018, and blocking 10 Chinese foreign investment deals across infrastructure, agriculture, and animal husbandry sectors.

The Epoch Times has not seen the leaked document.

Australia has taken a tougher stance on Beijing’s influence and infiltration activities in the country in recent years, pushing a range of initiatives including government inquiries, new legislation, and a sharpened foreign policy to protect the nation’s interests in the Indo-Pacific.

Morrison responded to the dossier on the Today show, saying, “We make our laws and our rules and pursue our relationships in our interests, and we stand up with other countries, whether it be on human rights issues or things that are occurring around the world including in China.”

“Now, if that is the source of tensions between Australia and China well, I can assure you Australia will continue to be ourselves,” he said.

In recent weeks, Beijing has expanded its trade dispute with Australia to include export industries such as beef, barley, coal, wine, cotton, and timber.

In One Chinese City, Students Forced out as Schools Get Converted Into Quarantine Centers