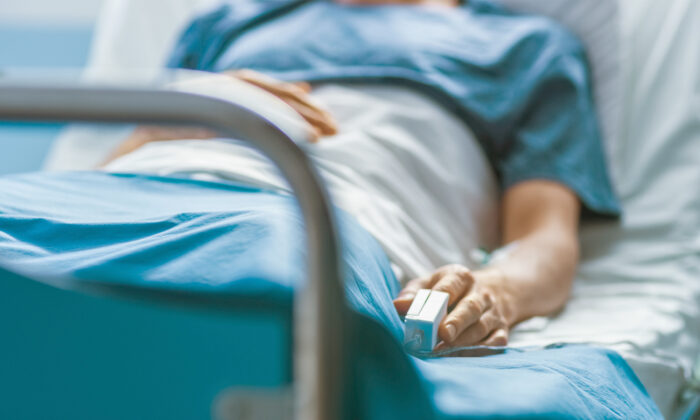 The parents of a California youngster are on a mission to warn and raise awareness of the dangers of the synthetic drugs after their “family was shattered” and forever changed” when their vibrant and bright son died after smoking one hit of synthetic marijuana.

Connor Reid Eckhardt was a 19-year-old who loved to surf, play guitar, and sing, and he had a deep connection with his family. However, due to one moment of peer pressure and temptation, everything changed forever.

His family members remember Connor as a loving son and brother who brought great joy to their lives.

On July 11, 2014, Connor inhaled a synthetic drug called “Spice” or “K2,” which he thought was harmless. Made with non-potent herbs, these forms of synthetic pot are dipped or doused with chemicals that simulate the effect of a high. Completely unregulated, they can be made and sold cheaply. They don’t even show up on a test for drugs and alcohol, so many teens consider them to be “safe.”

In Connor’s case, however, they were anything but that. Within hours of taking one hit, Connor was rushed to the hospital and had to be put on a ventilator as his body suffered from the dangerous chemicals.

A California teen recently died after smoking one hit of synthetic marijuana, and now his parents are on a mission to…

Connor’s father, Devin Eckhardt told KTLA, “In a moment of peer pressure, he gave into that, thinking that was OK, it was somehow safe, and one hit later, he goes to sleep and never wakes up.” Ultimately, doctors never knew exactly what it was that made Connor so sick.

The problem with synthetic drugs is unknown.

Devin told KXTV in Sacramento: “You’re never sure what you get with spice.” His dad underscored that “even somebody experienced with it and (who) used it could be subjected to different types (of) outcomes the next time they try it.”

He died after taking just one hit of K2, also known as 'spice.'

At the hospital, Devin Eckhardt explained to KXTV that “the physicians told us that he was in a coma, it didn’t look good, there had been some swelling in the brain.” The family gathered around Connor, desperate to spend whatever time they could with him before he passed away.

His mother, Veronica Eckhardt, told KTLA that this time was crucial for the family to mourn their beloved son and brother. “Those hours and days we spent at the hospital, we were able to touch him, and kiss him and run our fingers through his hair.” Veronica tried to take pictures of all the special things that reminded her of her son, to have something left when he was gone.

Finally, Connor’s body could hold on no longer, and he died. In accordance with his wishes, his organs were donated to other people in need.

After Connor’s death, his parents made sure to spread the dangers of  “spice” far and wide, hoping to help other parents avoid this tragedy. “Our son did not die in vain. He was a light when he was live and that light will continue on,” his mom told KTLA.

Through the Connor Project Foundation and their social media presence, his family continues to get the word out. “It is our goal to help raise awareness of the dangers of synthetic drugs, to effect policy change to help prevent access to these drugs, and to help ensure other families do not lose a loved one to deadly drugs.”

On July 16, Connor’s 5th death anniversary, his family shared a bittersweet video of him, writing: “He was only a boy, our precious son( brother, nephew, grandson, friend) who left this earth 5 years ago today. He died from a single puff of spice, k2, fake weed that was purchased legally in the neighborhood store.”

Go Back: Life Style
Previous: Diet and Your Risk of Bowel Cancer
Next: A Prison Created by Your Mind
source : www.theepochtimes.com
''