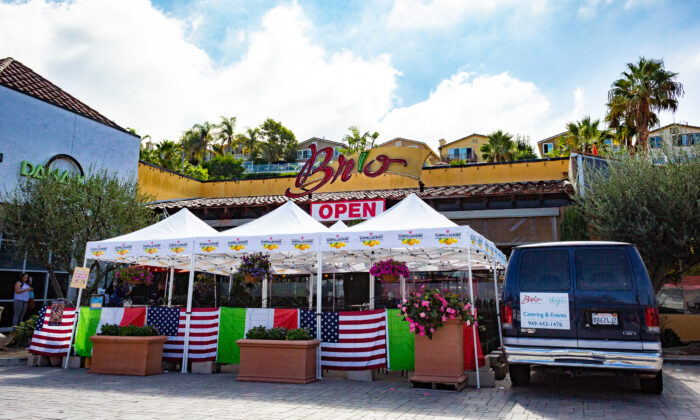 Nearly 100 Southern California pastors gathered for a luncheon in Orange County on Oct. 20 to discuss the unfair treatment of Christian institutions during the COVID-19 pandemic and to map a unified strategy for the upcoming elections.

The lunch gathering was organized by Marc Ang, president of the Chinese American Citizens Alliance, and held at the Brio Tuscany Grille in Dana Point. The event, which began at noon and lasted nearly three hours, split the attendees into three separate groups to adhere to county health guidelines.

Ang told The Epoch Times that the group held “a robust discussion about getting involved for the election and how to vote for Christian values.”

The group also discussed Supreme Court nominee Amy Coney Barrett and alleged verbal attacks against her faith background. Ang said he was “very shocked” and motivated by attacks on Barrett during her Senate hearing that targeted her faith and Christianity, calling her “an extremist and a lot of fabricated lies.”

Prominent pastors from churches throughout the region attended the lunch gathering, but preferred not to be named. They were seated as they arrived, with each group beginning its meeting on the hour.

Ang said the goal of the event was to mobilize churches “to vote and get our congregations politically active.” The meeting also aimed to provide support to church leaders who may be facing lawsuits or other threats from the state.

At the gathering, the pastors “learned strategies to present a unified front, to stand up for our constitutional rights on a federal level because it’s being trampled at the state level,” Ang said.

He said one of the misconceptions in the mainstream dialogue is that white churches are the only churches being targeted by health officials to close their services. As a Chinese American, Ang said he thinks there’s “covert intimidation” happening against minority churches as well.

Ang called for the gathering after a church fair he organized in Walnut on Oct. 17 drew criticism from the Los Angeles County Department of Public Health. He received a letter from the Health Department the day before the fair, notifying him that the event would be a violation of law due to ongoing COVID-19 restrictions against public gatherings.

“Existing community transmission of COVID-19 in Los Angeles County remains widespread and continues to present a substantial and significant risk of harm to residents’ health,” the letter stated.

“There remains a strong likelihood that increased interactions among members of the public will result in a significant and increasing number of cases of community transmission.”

Ang said the church fair was specifically targeted by health officials because conservative gatherings are discriminated against compared to their liberal counterparts. He cited as example the Women’s March, which took place the same day in downtown Los Angeles but did not receive the same threatened shutdown.

Said Ang, “I encourage Orange County churches and beyond to practice their federal constitutional rights and to stay open and to send a message, because if everyone does that, then our abusive state government would not be able to keep pushing the envelope like they have.”

Go Back: US News
Previous: DHS Launches Center to ‘Combat and Dismantle’ Human Trafficking
Next: FBI Has ‘Nothing to Add’ to Ratcliffe Statement of No Intelligence Tying Hunter Biden Emails to Russian Disinformation
source : www.theepochtimes.com
''