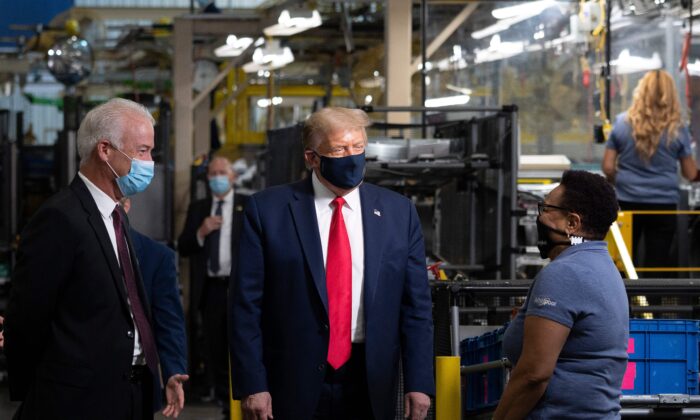 JPMorgan Chase analysts said in a new research note that President Donald Trump’s decision to halt payroll taxes could add about $40 billion a month to the paychecks of Americans.

Over the weekend, Trump signed took executive to defer payroll taxes that pay for Social Security and Medicare from Sept. 1 until Dec. 31 for people earning less than $104,000 per year. All employees and employers pay a 6.2 percent payroll tax on wages, and workers pay a Medicare tax of 1.45 percent.

The maximum benefit that Americans could have during the four-month period is around $2,149, according to JPMorgan analysts, which added that $30 billion to $40 billion could be freed up.

“However, it remains quite unclear whether employers will actually change withholding schedules, particularly if it could lead to financial uncertainties in 2021,” JPMorgan Chase economist Michael Feroli wrote, reported Fox news. “Moreover, there remain questions about the constitutionality of this order, and those questions will reinforce caution on the part of employers.”

Trump signed the orders after talks in Congress stalled last week. The orders may face legal challenges, as the Constitution gives Congress the power to spend.

As of Wednesday, Treasury Secretary Steven Mnuchin said it’s not clear if a deal can be made. Mnuchin, who spent nearly two weeks trying to broker a deal in talks with House Speaker Nancy Pelosi, Senate Democratic leader Chuck Schumer and White House Chief of Staff Mark Meadows, also described the potential outcome of negotiations in terms of President Donald Trump’s reelection prospects.

Schumer accused Republicans of refusing to meet in the middle, after Democrats offered to agree on a midpoint between Senate Republicans $1 trillion offer and the $3 trillion measure passed by the Democratic-controlled House of Representatives in May. Mnuchin on Wednesday again dismissed the Democrats’ offer as “ridiculous.”

Go Back: US News
Previous: Governors Across US Say Their States Can’t Pay for New Unemployment Plan
Next: Joe Biden Made An Unbelievable Announcement About His Vice President Pick
source : www.theepochtimes.com
''