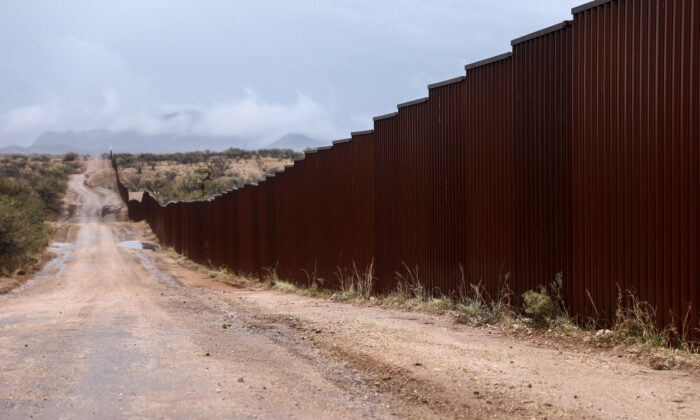 The Department of Defense announced Thursday that it has authorized about $3.8 billion to be diverted toward building some 177 miles of fencing across the U.S.-Mexico border, in efforts to address drug-smuggling activities.

According to a request sent to Congress on Thursday (pdf), the money is “required to provide support for counter-drug activities of the Department of Homeland Security (DHS).”

“DHS has identified areas along the southern border of the United States that are being used by individuals, groups, and transnational criminal organizations as drug smuggling corridors, and determined that the construction of additional physical barriers and roads in the vicinity of the United States border is necessary in order to impede and deny drug smuggling activities,” reads the request, signed by acting DoD comptroller Elaine McCusker.

The request (pdf), divided into two parts, seeks $2.2 billion to be diverted from defense appropriations, and $1.63 billion from the Pentagon’s Overseas Contingency Operations fund. The OCO fund is used in military operations against the ISIS terrorist group.

Bob Salesses, the deputy assistant defense secretary, told reporters on Thursday that the funds are intended to help build 30-foot fencing on federally-controlled land in six border areas: San Diego and El Centro, California; Yuma and Tuscon, Arizona, and El Paso and Del Rio, Texas. He added that a review by the Pentagon concluded that all the sectors are “high-intensity drug trafficking” areas.

Pentagon spokesman Lt. Col. Chris Mitchell said that the Pentagon authorized the funds in response to a DHS request that was sent to the Pentagon in January, and said the Pentagon would continue to help secure the southern border by “constructing fences and roads and installing lighting.”

“Consistent with the President’s April 4, 2018, direction to the Secretary of Defense, DoD used its statutory authority to provide support that aids in blocking drug-smuggling corridors across international boundaries of the United States,” Mitchell said. “We will continue to support DHS and other agencies as needed to keep our homeland secure.”

The move comes as President Donald Trump extended the national emergency declaration on the US-Mexico border for another year, according to a notice submitted to the Federal Register (pdf) on Thursday. This is the first time Trump has extended follows the initial emergency declaration in February 2019. Since taking office, Trump has demanded that Congress fund construction of a wall on the southern border—his landmark campaign promise.

US to Place Hold on Funding to World Health Organization

Biden Advisor Dr. Zeke Emanuel Says We Must Stay Locked Down For 12-18 Mos

Dan Crenshaw Injects Facts Into the Debate After Hillary Clinton Attempts a Wuhan Virus Timeline Dunk on Trump
#WuhanVirus News Roundup 04.07.20: All the News That Fits, We Print