Police Assaulted at Scene of Sydney Fire in Australia 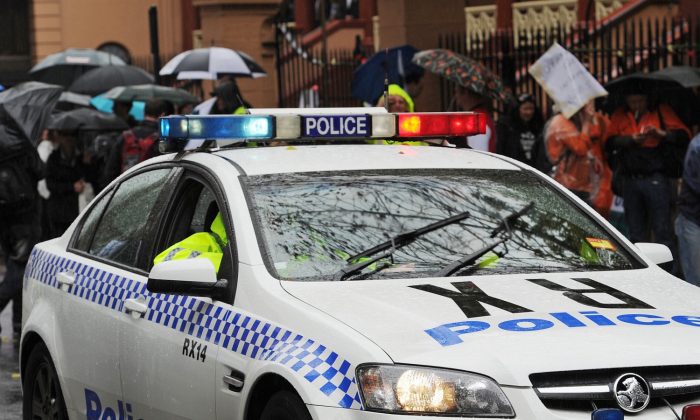 A woman is behind bars after allegedly kicking, scratching and spitting in the face of police officers who were at the scene of a house fire in Sydney’s west.

Emergency services were called to a property in South Wentworthville about 9.30pm on June 11 to find a granny flat well alight.

The blaze was extinguished and no-one was injured, New South Wales Police said. The cause is under investigation.

But when police tried to arrested her, it’s alleged she scratched one officer and kicked another several times.

She was treated for minor smoke inhalation at Westmead Hospital, where it’s alleged she then spat in the face of another officer.

The woman has since been charged with three counts of assaulting an officer in execution of duty and refused bail to appear at Fairfield Local Court on Wednesday.

It follows a stabbing attack on a young constable who was serving an arrest warrant on a man at a home in Sydney’s southwest on Tuesday morning.

Jacob Vella, 24, was allegedly slashed in the neck and hand by the man’s son in Sadleir and had to be taken to hospital for emergency surgery.

Sadleir: Two men have been charged after an officer was stabbed in the hand and neck. 24-year-old Constable Jacob Vella was executing a warrant at a home when he was attacked by a 27-year-old man. https://t.co/4LgJeo2XQX @Andrew_Denney #7NEWS pic.twitter.com/IqsYOi1QkD

A senior female constable was also allegedly assaulted while on patrol in Hornsby on Tuesday afternoon. A 14-year-old girl has been charged after she allegedly punched the policewoman in the face and kicked her in the face.