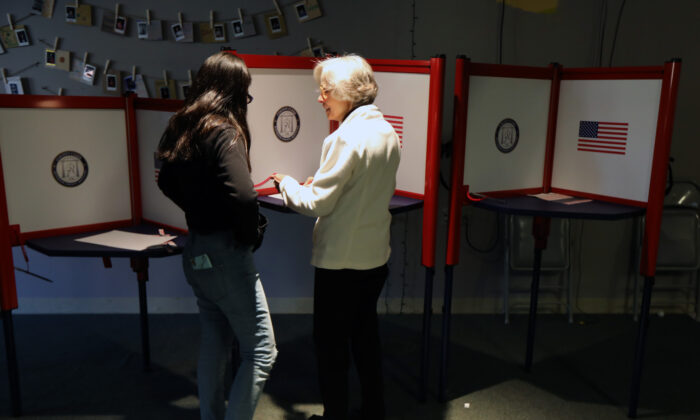 More than four out of five likely voters agree that political correctness has gone too far, a December poll shows.

More than 57 percent strongly agreed and almost 24 percent somewhat agreed with the statement, “Political correctness has gone too far. Today everybody is offended by the smallest thing.” Only 13.4 percent disagreed, 4.8 percent strongly (pdf).

The poll also asked how American businesses should respond to political correctness.

More than 65 percent picked the response, “There is no way for American businesses to make everyone happy. They need to run their businesses in a way that appeals to the broadest swath of Americans.”

Less than 23 percent picked the response, “American businesses should adapt their business models and products to avoid offending certain consumers.”

When it comes to issues the American business community needs to address, 43 percent picked the response that most important was “ensuring American workers receive competitive wages and benefits.” The next most popular response, at 10.6 percent, was “Upskilling the American workforce to have 21st century job skills.”

Asked about their impression of the business community, more than 56 percent picked the response that businesses are most interested in “Maximizing profits for shareholders.” Less than 20 percent picked “Providing customers the best quality product for the best price” and only a bit over 9 percent picked “Supporting the communities in which they work.” Less than 7 percent said “Compensating their employees fairly.”

The poll somewhat underrepresented independents, who were only about 23 percent of the respondents. More than 40 percent identified as Democrats and nearly 34 percent as Republicans.

The results show a stronger opposition to political correctness than a 2017 Cato survey (pdf), which showed 70 percent of Americans agreed with the statement that being politically correct is a “big problem this country has.”

Also in that survey, 71 percent agreed that, “Political Correctness Silences Discussions Society Needs to Have.” The results showed a partisan split on the question—78 percent of moderates and 87 percent of conservatives agreed, but only 42 percent of liberals and 32 percent of strong liberals did.