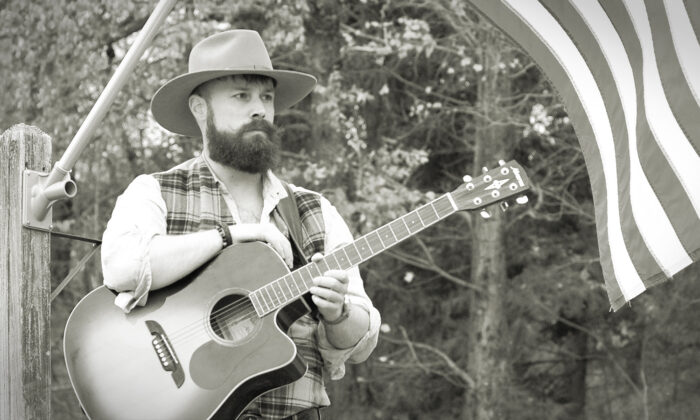 Singer-songwriter James H. White released his patriotic debut single “Purple Heart” across all streaming platforms and in a music video on YouTube just in time for Veterans Day last week.

This country gem takes Americana in a confident, conservative direction that is particularly relevant for the year 2020.

The song’s distinctive vocals are reminiscent of country legend Johnny Cash, with gospel overtones, and has been described as a harmony of country, folk, and choral, with classical orchestration.

But the song’s fresh message of patriotism is what really stands out.

It patriotically pays homage to the servicemen and women who sacrificed for America’s values and liberty. “Purple Heart” is timely, traditional, and idealistic, looking upon America with realistic optimism.

Several artists from around the world collaborated on the song, while the music video was created by award-winning filmmaker Mathias Magnason.

The year 2020 was marred by chaos in America: ideological division, social strife, and life-or-death struggles for political power. “Purple Heart” offers a message of healing and unity amidst crisis.

In nations like China, such crises have long since run their full course, after 70 years under CCP rule, and the Chinese people have had their liberties entirely stamped out under communism’s iron fist.

“As I got sober, I began practicing a Chinese meditation called Falun Gong, also called Falun Dafa,” he recalled.

White continued: “Learning of these abuses lit a fire inside me. For the first time in my life. I truly appreciated freedom.

“My grandfather father and uncle served in the military, but I didn’t truly understand their sacrifices until I began learning about what life was like in an oppressive communist regime.”

The military are the protectors of Liberty and “the heartbeat of America,” White says. He hopes “Purple Heart” will inspire people to cherish and protect that Liberty.

“Purple Heart” starts off with a storm.

The video starts with a crash of lightning and a quote from President John F. Kennedy’s 1961 inaugural address:

“Let every nation know, whether it wishes us well or ill, that we shall pay any price, bear any burden, meet any hardship, support any friend, oppose any foe, to assure the survival and the success of Liberty. This much we pledge.”

The song goes on to tell the story of a fallen soldier who sacrificed his life for “a cause greater than himself—for America for freedom,” says White. “It’s about sacrifice, unity, and Liberty.”

“Purple Heart” contains messages of hope and divinity. The lyrics “God bless them all, please take ‘em home their Eternal call” refers to not just soldiers returning home from war, but to those who died and are returning to their homes in Heaven.

Artists across the globe collaborate.

White hopes “Purple Heart” continues to honor America’s military throughout the month of November, which is National Veterans and Military Family Month.