Qantas Should Not ‘Force’ Vaccine on Travellers: Australian Senator 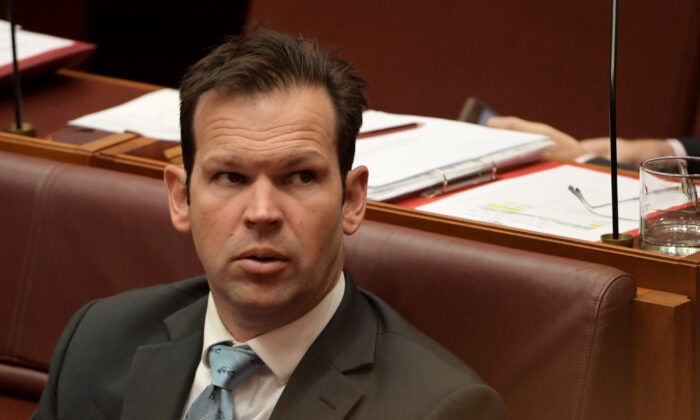 Queensland Senator Matt Canavan has said that Qantas should not force people to prove that they’ve been vaccinated against the CCP virus.

Instead, he thinks that travellers who don’t want to take the vaccine should be able to quarantine instead.

“I think we should make sure we have freedom here as well,” Canavan told Nine’s The Today Show. “We don’t want to force people to make medical decisions—that can be very dangerous,” he said.

He added, “But if the vaccine works, I am sure we can make it work.”

His comments come after Qantas Group CEO Alan Joyce told Nine’s A Current Affairs on Monday that airline passengers would need to prove that they’ve been vaccinated against the virus.

“We are looking at changing the terms and conditions to say for international travellers that we will ask people to have the vaccination before they get on the aircraft,” Joyce said.

When asked by a reporter about Joyce’s comments, Federal Health Minister Greg Hunt said that it’s up to Qantas to “outline its policies” but that the government “haven’t made any decisions” about a vaccine passport.

Hunt said he and the prime minister had been in contact and “reaffirmed that today.”

Nine News political journalist Chris O’Keefe has reported that the federal government is now “looking very likely” to require people entering Australia to show proof that they’ve been vaccinated against the CCP (Chinese Communist Party) virus (novel coronavirus). The Epoch Times reached out to the health department for confirmation but did not receive a direct response.

The health minister said the government’s responsibility was to “make sure that our vaccine is available to every Australian.”

International travel to some parts of the world is expected to resume late next year if a vaccine becomes available early in 2021.

The Qantas Group CEO said that he has been talking to his “colleagues in other airlines around the globe” and the mandatory vaccination rule will be “a common theme across the board.”

But Joyce did not confirm whether it will be required for domestic air travel, saying, “We’ll have to see what happens with COVID-19 in the market.”