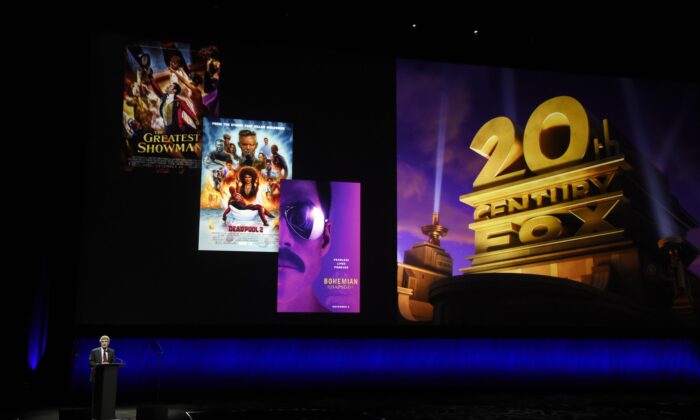 NEW YORK—Disney is dropping the word “Fox” from the movie studios it acquired as part of last year’s $71 billion purchase of Fox’s entertainment business, according to published reports.

Variety said the Fox name created brand confusion with Disney because Fox News and the Fox broadcast network are owned by Rupert Murdoch’s Fox Corp., while the movie studios now belong to Disney.

The news outlet said a decision has yet to be made on Disney’s Fox television production businesses, 20th Century Fox Television and Fox 21 Television Studio.

Go Back: Entertainment
Previous: Betty White turns 98 this week, and she credits optimism for lifetime of happiness
Next: Days Before Grammys, Academy Shakes Up Leadership Over ‘Allegation of Misconduct’
source : www.theepochtimes.com
''

Gamechangers in Box-Office History: When âTitanicâ Proved Its Dominance, Once and For All

Krzysztof Penderecki Dies: Influential Composer With Music in ‘The Shining’ and ‘Twin Peaks’ Was 86

John Callahan of Soap Opera ‘All My Children’ Dead at 66