Report: US Remains the World’s No.1 Spender on Research as China Tries to Close the Gap 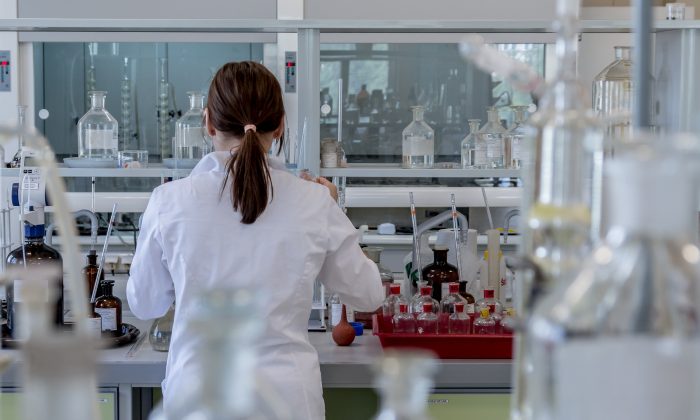 Stock image of a laboratory. (Pixabay)

While the United States remains the world’s biggest spender in research and development (R&D), its global share has shrunk as other countries have dramatically increased their investments, according to the report published Wednesday by the U.S. National Science Foundation.

The United States is increasingly “seen globally as an important leader rather than the uncontested leader” in science and engineering (S&E), the federal science agency said in the latest edition of its “State of U.S. Science and Engineering” report, which has been published on a biennial basis to provide compiled information about the S&E enterprise for use by the country’s policymakers, researchers, and the public.

The report finds that from 2000 to 2017, the most recent year those data are available, R&D spending in the United States grew at an average of 4.3 percent per year. In fact, the United States spent more on R&D than any other country in 2017. But during the same period, China’s R&D spending grew by more than 17 percent per year. Some other competitors, including Germany and South Korea, also increased their total funding at rates that outpaced the United States, although they remain far behind the two leading spenders.

When it comes to the number of doctoral degrees in S&E fields awarded, China surpassed the United States in 2007 as the world’s largest producer of S&E doctorates (excluding social and behavioral sciences) and has remained in the lead ever since. In 2015, China awarded 32,000 doctorates in these fields and the United States awarded 30,000.

A significant portion of S&E graduates from American universities are international students. According to the report, students on temporary visas earned 34 percent of all S&E doctoral degrees awarded in 2017, and they made up more than half of all doctoral degree recipients in the fields of engineering, mathematics, computer sciences, and economics. A majority of the international S&E doctorate recipients—ranging between 64 percent and 71 percent between 2003 and 2017—chose to stay in the United States five years after obtaining their degrees.

China remained the primary place of origin for international students in the United States in the tenth consecutive year with 369,548 students, a 1.7 percent increase from 2017-2018. India, South Korea, Saudi Arabia, and Canada made up the rest of the top five exporting countries, according to the 2019 Open Doors Report.

Amid rising alarm concerning China’s intellectual property theft, U.S. officials have warned universities about Chinese students engaging in activities beyond their legitimate academic pursuits on behalf of the communist regime.

“Existentially, we look at China as our greatest threat from an intelligence perspective, and they succeeded significantly in the last decade from stealing our best and brightest technology,” said William Evanina, the U.S. government’s chief counterintelligence official, in an interview with the Associated Press.

McCabe "Trial" A Circle Jerk of Anti-Trump Judge, Defender, AND the PLAINTIFF ALL Rabid Anti Trump

Study: One-Third of Plant and Animal Species Could Be Gone in 50 Years

Romance, Scent, And Sleep: The Stuff That Dreams Are Made Of