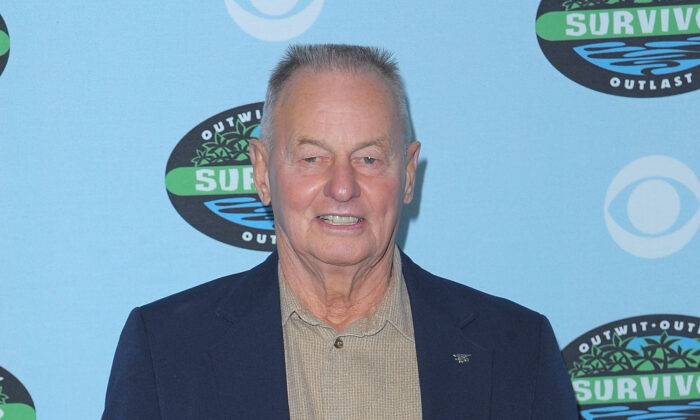 Retired Navy Seal, Rudy Boesch, had died at the age of 91 following a long battle with Alzheimer’s disease, according to the Hollywood Reporter.

Steve Gonzalez, director of operations for the SEAL Veterans Foundation, told the publication that Boesch had passed away peacefully on Friday night while surrounded by loved ones in hospice care in Virginia Beach, Virginia.

“He proudly served our nation from 1944-1990 and his impact on the men and women of Naval Special Warfare and the Special Operations Command is immeasurable… Rudy was beloved by all and will be deeply missed,” Gonzalez said.

A statement was issued by the Seal Veterans Foundation on Facebook on Saturday.

It read: “It is with a broken heart that we inform you that Master Chief Rudy Boesch passed away last night. Master Chief was a legend in the SEAL and Special Operations community.

“Please join us in respecting his family’s wishes of privacy until we can release more details. God Speed Rudy!”

Boesch signed up to the Navy at the age of 17 and completed completed two tours in Vietnam and received a Bronze Star during his time in service.

He retired in 1990, after 45-years as a Master Chief Petty Officer.

In 2000, at the age of 72, he appeared on the first season of the reality show, Survivor, making him the oldest person to compete on the series.

The series places a group of strangers in an isolated location where they must fend for themselves, providing food, fire and shelter. The contestants compete in challenges which they must successfully complete in order to gain immunity from elimination. The final contestant who remains on the show is awarded a prize of $1,000,000.

Boesch finished the show in third place and proved to be so popular among viewers that he was invited back for the 2004 series, Survivor: All-Stars.

As well as appearing on the popular show, the former Navy Seal was also the host of the 2002 Mark Burnett-produced reality competition series, Combat Missions.

His wife of 53 years, Marjorie Thomas, died in 2008. The couple leave behind three daughters.

Following the news of his death, a number of Survivor stars shared their condolences including Richard Hatch, who won the 2000 version of the show, beating Boesch.

On Twitter, he wrote: “Ours was an interesting bond, Dear Rudy! You and I helped open minds and undermine prejudices. While your time here has passed, you will remain loved and iconic, dear friend!”

Ours was an interesting bond, Dear Rudy! You and I helped open minds and undermine predjudces. While your time here has passed, you will remain loved and iconic, dear friend!

Rob Cesternino, who appeared on “Survivor: All-Stars” and was Boesch’s roommate during a post-show trip to Argentina, said he was “incredibly sad” to hear of the news.

Sharing a photo of the pair on Twitter, he wrote: “I heard the news today about my old roommate Rudy Boesch passing away. While I’m incredibly sad for the Boesch family, I’m so happy for the time that he and I shared and the many, many laughs we had on our adventure. RIP Rudy.”

Another “Survivor” contestant, Jonny Fairplay, said on Twitter: “The first LEGEND in the history of Survivor. Rest In Peace Rudy.”

Funeral arrangements for Boesch have yet to be announced.

Go Back: Entertainment
Previous: Tom Brady: ‘I Have No Idea’ Where Rumors of Leaving Patriots Came From
Next: Rudy Boesch, a retired Navy SEAL and early fan favorite on ‘Survivor,’ dies at 91
source : www.theepochtimes.com
''