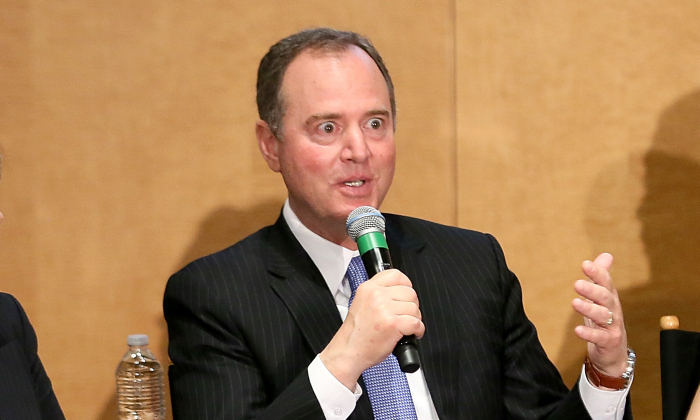 Rep. Adam Schiff (D-Calif.) is considering using a rarely-invoked Congressional power to fine Trump-administration officials up to $25,000 per day for evading subpoenas.

Schiff told the attendees at an Axios event that he would prefer hefty fines to jail time for Trump-administration officials who fail to comply with requests from Democrat-led committee investigations in the House of Representatives.

“One thing we are considering … is whether we need to revive Congress’s inherent contempt power, such that we would have our own adjudication of the Congress and we would levy fines on those who are not cooperating until they produce what they are compelled to produce,” Schiff said, according to The Hill.

“I think it’s much more practical to consider levying individual fines on the person, not the office, until they comply,” he added. “You could fine someone $25,000 a day until they comply and that would probably get their attention.”

Congressional contempt powers are rarely invoked and allow for the detention of an individual at the Capitol or the issuance of fines.

Schiff is one of several Democratic committee chairmen who have issued subpoenas to Trump administration officials as wells the president’s associates and family members. On May 9, Schiff issued a subpoena to Attorney General William Barr requesting the full unredacted report by special counsel Robert Mueller and the foreign intelligence and counterintelligence information gathered during the course of Mueller’s investigation.

House Speaker Nancy Pelosi (D-Calif.) would have the ultimate word on whether to invoke contempt powers to fine Trump officials, Schiff said. Doing so would be a “big step,” he added.

“We are looking through the history and studying the law to make sure we’re on solid ground,” Schiff, the chairman of the House Intelligence Committee, said. “That’s a big step but, look, if we’re going to consider other big steps like impeachment, we have to consider steps like inherent contempt that will allow us to get the information we need.”

“If there is going to be this across the board stonewalling, we are going to have to consider extraordinary remedies,” he added.

On May 8, Democrats on the House Judiciary Committee voted to recommend that the full House find Barr in contempt for defying a subpoena for the full Mueller report. Republicans unanimously opposed the move and criticized Democrats using the contempt proceeding as a way to discredit Barr as the attorney general looks into whether the spying on Trump’s campaign during the 2016 election was politically motivated.

Mueller finished a 22-month investigation in March, concluding there is no evidence of collusion between the Trump campaign and Russia. Mueller also decided against charging Trump with obstruction of justice. Barr and Deputy Attorney General Rod Rosenstein reviewed Mueller’s findings on obstruction and determined there is not enough evidence to bring a case.