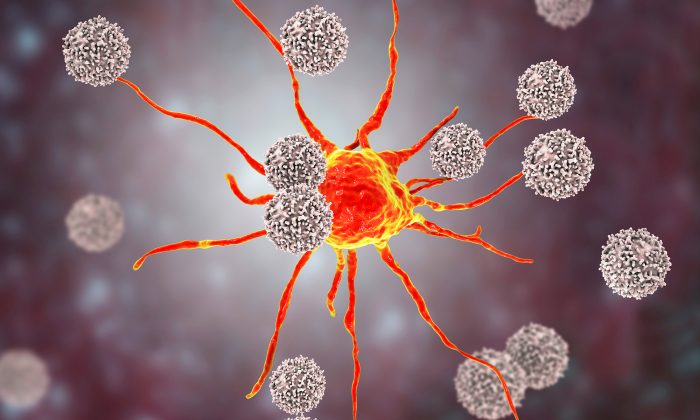 Could there be a cure for cancer just around the corner? The latest discovery by scientists at Pennsylvania University may just be that long-awaited cure that many have been waiting for.

For years the quest to target a gene called MYC, which is known to drive tumor growth, has been hit and miss for scientists. MYC controls normal cell growth but helps tumors grow uncontrollably when it is mutated in cancer according to Science Daily.

According to Cold Spring Harbor Perspectives in Medicine, MYC activation is a hallmark of cancer initiation and maintenance that causes relentless tumor growth.

So what if this MYC gene could be targeted and stopped? That’s what scientists have been attempting to do, and it now looks like Penn University researchers have hit closer to the target—and found that stopping a chemical called “ATF4” (activating transcription factor 4) from being activated—causes an overproduction of protein in cancer cells, which then die.

“What we’ve learned is that we need to go further downstream to block tumor growth in a way that cancer cells can’t easily escape, and our study identifies the target to do just that,” oncologist professor Constantinos Koumenis said.

Finding the target as mentioned by Koumenis involved trialing the theory on lymphoma and colorectal cancer cells of mice, as well as human bowel, breast, and lymphoma cells grown in a lab.

The scientists found that when ATF4 was “knocked out,” a build of proteins such as 4E-BP, which is ATF4’s protein partner, continued to build up and caused the tumor cell to die as a result of stress. The end result is that tumor cells overstress and self-destruct.

Koumenis and other scientists published their findings on July 1 in Nature.

According to a press release by University of Pennsylvania’s Perelman School of Medicine, this new research “may be [MYC’s] Achilles’ Heel.”

“We’re also working to confirm this approach will not cause any serious off-target effects.”

How The MYC Gene Function Was Discovered

Following research in 1981 that looked into the formation of lymphoma in chickens due to avian leukosis virus, scientists found that the virus DNA nestled next to the MYC gene after the virus “smuggled” itself into the chicken cell.

When the virus DNA switched itself on, so too would the MYC gene.

“Because MYC is a gene that normally tells cells to divide at the appropriate time and place, this unexpected ‘switching on’ of MYC makes the chicken cells multiply out of control and form tumors,” the Cancer Research UK website says.

“The results revealed that MYC is an oncogene—a gene that’s normally involved in cell division, but can drive cancer if it’s switched on inappropriately.”

The International Agency for Research on Cancer (pdf) estimates about 18 million people in 2018 were diagnosed with the disease—which claimed around 10 million lives. Statistics show that around 1 in 5 men and 1 in 6 women worldwide develop cancer during their lifetime.