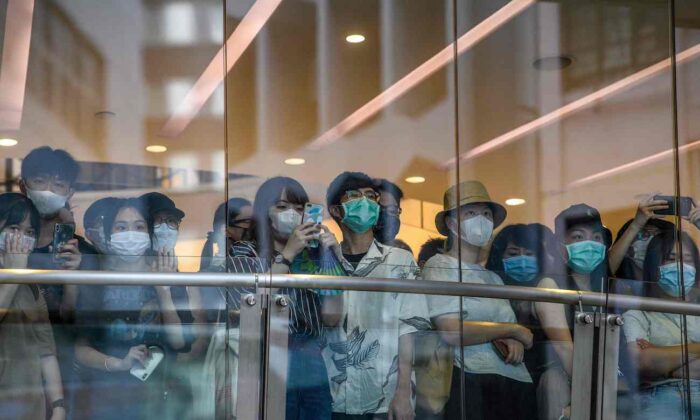 The bill, which is now headed to the White House for President Donald Trump’s signature, would authorize sanctions on foreign individuals who are on an annual list of people found to be involved in subverting Hong Kong’s autonomy, and the banks who do business with them.

The legislation was also passed unanimously by the U.S. House of Representatives on Wednesday in retaliation to Beijing’s draconian new law, marking a show of overwhelming bipartisan support reflecting concern over the erosion of the autonomy that had allowed the former British colony to thrive as China’s freest city and an international financial center.

The standing committee of China’s rubber-stamp legislature, the National People’s Congress (NPC), passed the law on June 30 via ceremonial votes. It criminalizes individuals for any acts of subversion, secession, terrorism, and collusion with foreign forces, with maximum penalties of life imprisonment. Critics fear the law will be used to crackdown on those critical of the Chinese Communist Party (CCP).

“This is an urgent moment. Our timing could not be more critical,” said Sen. Chris Van Hollen (D-Md.), a lead sponsor of the “Hong Kong Autonomy Act” in a Senate speech urging support for the legislation.

[email protected]‘s and my bipartisan #HongKong Autonomy Act is now on its way to the president to be signed into law! With our bill, the CCP will learn there are ramifications for repressing Hongkongers’ freedom. President Trump should sign this bill ASAP. We #StandWithHongKong.

“All of the prosperity and the elevation of human dignity that comes from human freedom and Democratic values from one model, that is the model that is up against the dark shadows of the authoritarian governments that are constantly pushing to systemically erode, corrode and warp the values and freedoms that we cherish,” said Sen. Pat Toomey (R-Pa.), a co-sponsor.

“Through this bill, the U.S. Senate makes clear which side we are on,” he added.

House Speaker Nancy Pelosi (D-Calif.) on Thursday told reporters during a press conference that the U.S. legislation will “help end China’s campaign of cruelty” against the city.

All freedom-loving people stand with the people of Hong Kong as they confront Beijing’s campaign against freedom. With my signature, the #HongKong Autonomy Act goes to the White House. The sanctions included within it are critical to holding China accountable. pic.twitter.com/prgInYxw3l

On the first day that the national security law was enforced, the Hong Kong Police Force said it had detained 10 people—six men and four women—on suspicion of violating the security law. In total, about 370 were arrested for a number of offenses, some for “unlawful assembly … obstructing police, and possession of weapons,” officials said.

“This is a real tragedy. It’s so sad,” Pelosi added.

Chinese Foreign Ministry spokesman Zhao Lijian, warned the United States that there would be consequences if the bill is signed or implemented.

Beijing will “resolutely and forcefully resist,” he said.

The bill has significant implications for financial institutions operating in Hong Kong as it penalizes lenders doing business with Chinese officials involved in implementing the controversial security law that protects the CCP.

According to a Bloomberg article, the bill puts $1.1 trillion funding for China’s largest banks at stake.

Global banks are also at risk, according to the report, as they may have Chinese officials and their relatives as customers.

Emel Akan and Reuters contributed to this report.