Silicon Valley Getting Its Own Version of NYC’s Hudson Yards 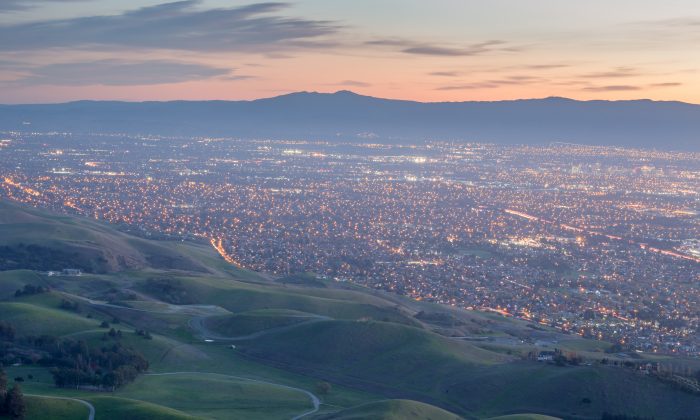 The developer of New York’s Hudson Yards is ready to build another massive office, housing and retail complex—this time about 3,000 miles to the west.

Related Cos. announced May 15 that it has started work on a 240-acre (97-hectare) site in Silicon Valley for what it says is one of the largest entitled developments in California history. Located just north of Levi’s Stadium, where the National Football League’s San Francisco 49ers play, the Santa Clara project will cost roughly $8 billion, replacing a public golf course that sits atop a former landfill.

The development has long been planned—Related first announced it six years ago—and the fact that it’s just now getting underway speaks to the difficulties of building in a region that’s become infamous for its housing shortage and legal wrangling overgrowth. But it’s also a testament to the robust Bay Area tech scene and demand for space that the company is embarking on a lengthy construction process late into an economic boom.

When fully built, the project will have 5.4 million square feet (502,000 square meters) of offices, 700 hotel rooms, more than 1,600 apartments, and a retail, dining and entertainment district, as well as a 30-acre park—all a short distance from public transit and adjacent to an industrial area that the city is converting to a residential zone with room for as many as 4,500 units of housing. Related named renowned architect Foster + Partners to lead design of the development’s first phases.

By creating an urban area rich with amenities, Related is betting that it’ll be able to draw the sorts of corporate tenants that increasingly see such perks as a key to attracting and retaining staff. The development, expected to initially open in 2023, will also feature a range of office types, from loft-style spaces attractive to startups to a zone that could accommodate a large company’s headquarters.

“Room to grow is a big issue in Silicon Valley,” said Steve Eimer, Related’s executive vice president in charge of the project. “Most of these companies want to put their flag down in a place where they don’t have to move.”

In general, creating authentic urban experiences is very difficult in an area that’s developed all around the same time, said Margaret O’Mara, a professor at the University of Washington who’s studied the history of Silicon Valley. Even so, she said, Related’s development is clearly “better use of land than a golf course” in a region that’s starved for housing.

Some of the residential units at the property will be earmarked for people making less than 120% of the area’s median income, Related said. And, in a first for Northern California, the developer will be allowed to build housing on a site that used to be a landfill.

While Related is funding preliminary work at the site, Eimer said the developer will likely bring in some outside capital for the project. The company partnered with Oxford Properties Group, an arm of Canadian pension fund OMERS, to help build Hudson Yards.

“You want investors who have the same mentality that you do, which is for a long-term hold,” he said. “A large pension fund would be an ideal partner.”

Beyond housing, demand for office space is strong, particularly among the tech companies that fuel the Bay Area’s economy. Over the past two years, Facebook Inc. went on a real estate binge, leasing space in San Francisco and in the East Bay, while expanding its headquarters in Silicon Valley. Meanwhile, Google parent Alphabet Inc. has been working toward developing a large new campus in San Jose.

All the activity has pushed office-vacancy rates in Silicon Valley down to about 10% in the first quarter, compared with 15% a year earlier, according to data from brokerage Newmark Knight Frank.

Resistance to new development in the bedroom communities of Silicon Valley can be fierce, with residents often pushing back on plans to add more density to single-family areas. Related’s project was held in limbo for more than year because of a fight between the city of Santa Clara and neighboring San Jose, which squabbled over the impacts on traffic and housing. The two cities reached a settlement last year that’s allowing work to move forward.

Santa Clara Mayor Lisa Gillmor said Related’s project delivers on a longstanding vision to transform the northern part of her city into a “tourist, business and entertainment district.” The project is expected to bring in about $17 million a year to local coffers from lease payments, taxes, and fees when open.

“I’m really proud of what we’ve done,” Gillmor said. “The money from this project is going to fund our police, our fire department, our parks—for the next 100 years.”

Who Dares To Rent A Dress Now? Coronavirus Upends The Sharing Economy

As Trump Targets Twitter's Legal Shield, Experts Have A Warning

Trump Says He Spoke With Floyd's Family, Understands Hurt And Pain Of Community