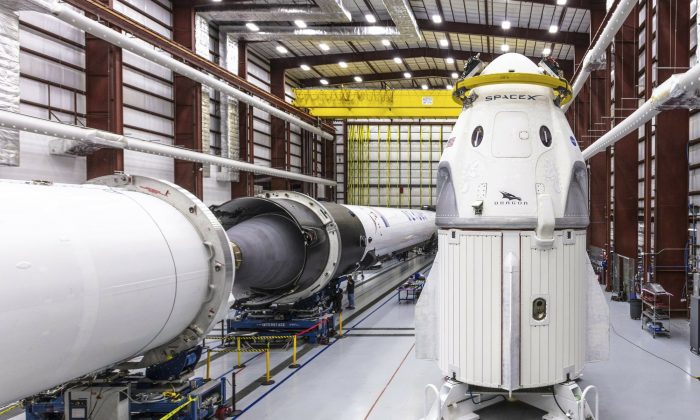 The Space Exploration Technologies Corporation, SpaceX, is planning to send 30,000 new Starlink broadband satellites into the sky in a bid to meet future demands for fast and reliable internet, TechCrunch reports.

Elon Musk’s company recently filed the request with the International Telecommunication Union, which governs international use of global bandwidth. The proposal is anticipated to be affirmed soon, according to the report.

The company already has permission to launch 12,000 new satellites into space and hopes the extra satellites will responsibly “meet user’s anticipated needs.”

A SpaceX spokesperson told the publication: “As demand escalates for fast, reliable internet around the world, especially for those where connectivity is non-existent, too expensive or unreliable, SpaceX is taking steps to responsibly scale Starlink’s total network capacity and data density to meet the growth in users’ anticipated needs.”

The publication says SpaceX is hoping to launch hundreds of satellites in the coming year as it anticipates a considerable demand for highly-optimized broadband globally.

However, the service will initially be provided to the northern U.S., as well as parts of Canada, from as early as next year, when the network goes live.

It will reportedly take up to 24 launches of Starlink satellites for SpaceX to be able to provide global coverage. It will not be operating all of its satellites in the same orbital region.

The company is also taking specific measures to avoid additional issues with traffic, such as building an automated collision avoidance system, structuring de-orbiting plans, and sharing information about the orbital routes of their satellites.

It is also said to be turning back around all the Earth-facing Starlink satellites to minimize reflected light. Astronomers and space watchers are worried that a build-up of satellites may impact scientific observation and research.

SpaceX said it is meeting or exceeding all of the industry standards that have been established so far.

Earlier this year, in May, the company deployed 60 of its Starlink satellites from its Falcon 9 rocket, which launched from Cape Canaveral in Florida.

On Tuesday, founder and CEO Musk appeared to have successfully sent a message using the Starlink network.

Posting on Twitter, he wrote: “Sending this tweet through space via Starlink satellite”, followed shortly by: “Whoa, it worked!!”

However, it has not been confirmed whether he did indeed use the Starlink satellite to send the tweet.

SpaceX was founded in 2002 by Elon Musk to reduce space transportation costs to enable the colonization of Mars.