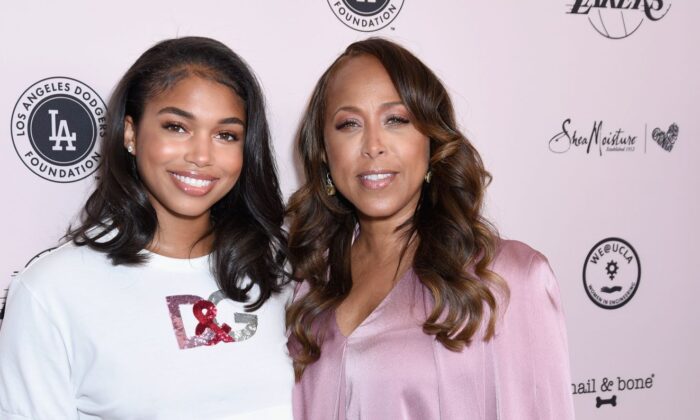 According to the Beverly Hills Police Department, she was arrested for a hit-and-run and delaying a police investigation. She received a misdemeanor citation and wasn’t booked, E! News reported.

Officials told the news outlet that she hit a parked vehicle around the 200 block of Moreno Drive in Los Angeles.

OK! Magazine reported that her vehicle flipped over in the incident. The outlet alleged that she was apparently texting while driving prior to the crash.

Harvey had to be pulled out of the vehicle by a driver of another vehicle.

Police said Harvey, 22, did not stay around after the accident, but she was apprehended nearby. The accident call came on Sunday night.

“She identified herself properly and signed a written promise to appear in court,” Beverly Hills Police said, according to Us Magazine.

According to the National Highway Traffic Safety Administration, more than 3,000 people died due to distracted driving in 2017. That works out to about eight deaths every day due to texting or looking at phones.

“Texting is the most alarming distraction. Sending or reading a text takes your eyes off the road for 5 seconds. At 55 mph, that’s like driving the length of an entire football field with your eyes closed. You cannot drive safely unless the task of driving has your full attention. Any non-driving activity you engage in is a potential distraction and increases your risk of crashing,” the agency wrote.

States where it’s illegal to text while driving may have safer roads, according to a U.S. study that tracked declines in crash-related emergency room visits after these laws took effect.

Nationwide in 2016, almost 3,500 people died and another 391,000 people were seriously injured in crashes involving distracted drivers, researchers note in the American Journal of Public Health.

Some previous research suggests that laws limiting mobile phone use to hands-free activities can help reduce distractions and crashes. But it’s still unclear how texting bans might impact the chance of minor road injuries that only require emergency room treatment, not a hospital admission.

“While new laws that are aimed at curbing distracted driving may seem overbearing, they have been shown to reduce detrimental roadway outcomes that lead to the prevention of death, serious injuries, and minor injuries following a car crash,” said lead study author Alva Ferdinand of Texas A&M University School of Public Health in College Station.