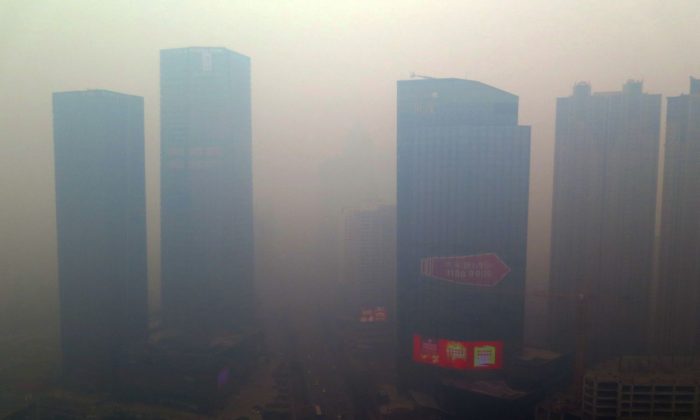 China, as the fifth worst polluted nation in the world and Wuhan as its fourth most polluted city, appears to be more susceptible to the new coronavirus (formally named COVID-19) because air pollution levels increase rates of respiratory infections, according to various studies.

The first COVID-19 reported cases and most of the deaths have been centered in Wuhan, the most populous city in central China, with a population of 11 million. As a huge inland port and industrial city located at the convergence of the Yangtze River and the Han River, Wuhan is the 30th worst polluted city in the world, only slightly less polluted than the Chinese cities of Tianjin, Beijing and Shenyang, according to a 2019 “Word Index Pollution” report by STC, a data and research firm. STC reviewed 182 world cities.

The Journal of the American Medical Association reported on Feb. 7 an analysis of the characteristics of 138 patients hospitalized in Wuhan for symptoms of acute lower respiratory pneumonia associated with COVID-19. The study found the median admission age was 56 years old; the median age of the 26 percent requiring intensive care was 66; and almost two thirds of the 4.3 percent of patients that died were already suffering from underlying “comorbidities” associated with heart or lung disease.

Dr. Andrew Pavia, the chief of the Division of Pediatric Infectious Diseases at the University of Utah told Live Science Magazine: “One hypothesis is that the innate immune response, that is the early response that is aimed broadly at groups of pathogens, tends to be more active” in children.

A 2018 study published in the American Journal of Respiratory and Critical Care Medicine reported that exposure to each 10 millionth of a gram increase per cubic meter of small particle air pollution (10 PM2.5 μg/m3) over a 1 to 4 week period “was associated with 15–32% higher odds” of getting an acute lower respiratory infection.

Wuhan’s seasonal peak month for PM2.5, PM10, NO2, SO2, and CO component levels of air pollution occurs in December due to “increased local emissions and severe weather conditions,” while its seasonal low air pollution in July due to peak days of rainfall.

There is a close seasonal similarity between the first reported cases for the COVID-19 coronavirus outbreak that occurred in early-December 2019 in Wuhan and the mid-November 2002 outbreak of SARS coronavirus in rural Guangdong Province.

The World Health Organization has reported that the number of cases for coronavirus outbreaks accelerated rapidly in the first couple of months. The WHO’s comprehensive after-action “Consensus Document on the Epidemiology of SARS” report tracked the rapid rise of SARS cases that peaked in March 2003, then trended down during April and expired in May. That seasonal pattern tracks with China’s seasonal pollution levels that peak in the year-end dry season and fall in the winter rainy season.

There is no reliable statistics from the Chinese regime regarding the number of infections and deaths from COVID-19, but online reports speculate up to 60 cities and 400 million Chinese are under some form of quarantine to halt the outbreak.

Shutting down almost all economic activity in Wuhan City, Hubei Province to slow the spread of COVID-19 could lead to a reduction in air pollution levels for PM2.5, PM10, NO2, SO2, and CO components that may help limit the rise of new infections.

US Global Center on Propaganda Pivots to Address COVID-19 Disinformation

Chinese Markets are No Safe Haven for Investors