Taiwanese Businesses Look to India as Alternative to China 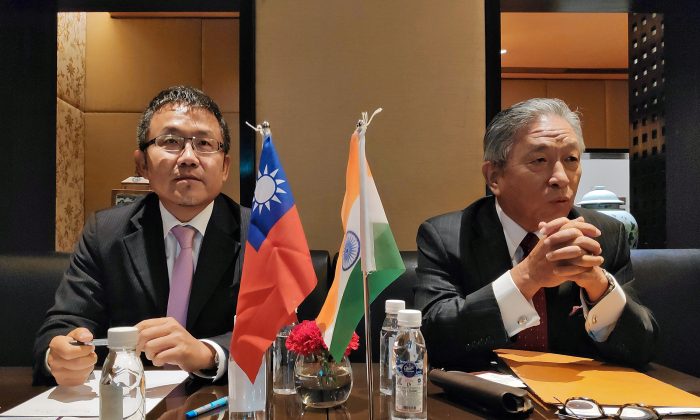 NEW DELHI—Taiwan is pitching India as a potential business destination to its tech, auto, renewable energy and farm sector firms as the United States’ trade war with China has pushed its companies to look for newer markets, two officials said on Sept. 20.

More than 10,000 Taiwanese companies, including Apple suppliers Foxconn and Wistron have massive operations in China, thanks to its tax incentives, organized supply chain and logistics, efficient business parks as well its cultural ties to the island.

But a trade war between Washington and Beijing has led to higher tariffs on goods worth tens of billions of dollars and disrupted global supply chains, prompting companies to look at other countries to escape higher tariffs.

“This trade war has encouraged more Taiwanese companies to figure out other options. So India and also other ASEAN countries are the alternative markets,” Shih-Chung Liu, vice chairman of Taiwan External Trade Development Council, told reporters.

The Association of Southeast Asian Nations (ASEAN) is a regional block comprising ten nations in Southeast Asia, which promotes economic, political and military ties between members.

Beijing maintains that Taiwan, an island 110 miles (177 km) off the Chinese mainland, does not qualify for formal diplomatic ties with any country. And though India has no formal relation with Taiwan, Taipei runs an Economic and Cultural Center in the capital New Delhi, which operates as a de facto embassy.

“India is among the most important markets, among those 18 new southbound policy countries.”

Taiwan’s southbound policy focuses on strengthening ties in the areas of culture, tourism, education and trade with 18 southeast and south Asian countries.

It has opened four trade offices in India in the last few years and bilateral trade with Asia’s third-biggest economy stood at $7 billion in 2018.

Trade between India and Taiwan will likely touch $10 billion over the next few years, said Chung-Kwang Tien, the representative of the Taipei Economic and Cultural Center.

Helping that trade are about 120 Taiwanese information and communications technology firms, which are setting up operations in India’s southern technology hub Bengaluru, Tien said.

“These companies have already put in $100 million,” he added.

By Neha Dasgupta and Sankalp Phartiyal

Romania Concerned Over Its Partnership With Chinese Nuclear Power Company

China Mourns Death of Kobe Bryant, Who 'Inspired a Generation' of Young Chinese