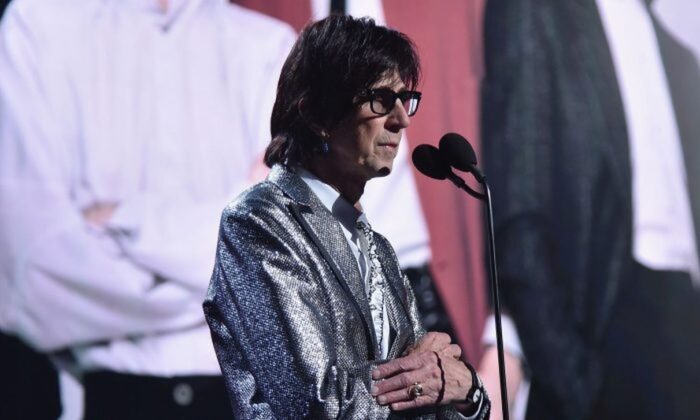 The wife of The Cars lead singer Ric Ocasek was cut from his will, and he claimed she “abandoned” him, reports said.

“I have made no provision for my wife Paulina Porizkova (‘Paulina’) as we are in the process of divorcing,” he wrote, according to the New York Post.

The will added: “Even if I should die before our divorce is final … Paulina is not entitled to any elective share … because she has abandoned me.”

Ocasek was found unresponsive in September by Porizkova, who was originally from the Czech Republic, while she brought him coffee as he was recovering from surgery in his Manhattan home.

The couple had two sons together and were married for nearly 30 years.

He died naturally of heart disease on Sept. 15. Pulmonary emphysema, a type of lung disease, had also contributed to his death, according to the New York City Medical Examiner’s office days after his death.

At the time of his death, Porizkova described it as unexpected.

“Ric was at home recuperating well after surgery,” she wrote in a statement on Instagram on Sept. 16.

“Our two sons, Jonathan and Oliver, and I were making sure he was comfortable, ordering food and watching TV together,” she said.

“I found him still asleep when bringing him his Sunday morning coffee. I touched his cheek to rouse him. It was then I realized that during the night he had peacefully passed on,’ she added.

She also thanked fans for their support, sharing a photo of flowers outside his Gramercy Park home.

“We appreciate the great outpouring of love. We, his family and friends, are completely and utterly devastated,” she wrote.

According to an Allmusic.com description of the band, “Boston-based quintet the Cars racked up a string of platinum albums and Top 40 singles, becoming the most successful American new wave band of the late 70s and early 80s.”

It added,  “Their first two albums (1978’s The Cars and 1979’s Candy-O) were new wave classics; their fifth album, 1984’s Heartbeat City, was a modern pop masterpiece fueled by a run of videos that became MTV staples. The Cars broke up in 1988, but their music’s popularity and influence never faded. This continued interest led to the band reuniting twice, in the mid-2000s without Ric Ocasek and Ben Orr (who passed away in 2000) and again in 2011 with all the living members involved.”

The Cars are known for hits “Just What I Needed,” “My Best Friend’s Girl,” “Good Times Roll,” “Bye Bye Love,” and many others.