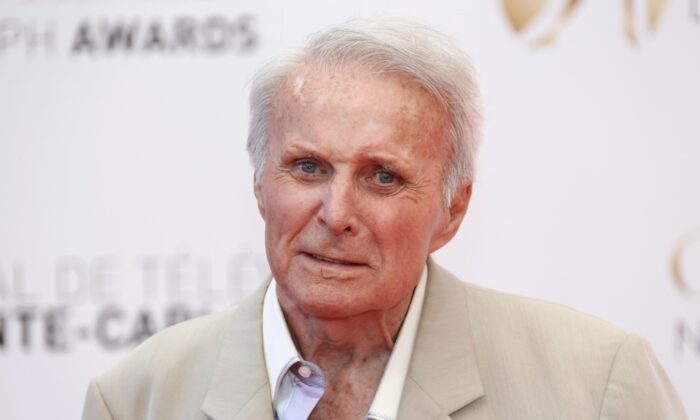 Robert Conrad, the star of popular 1960s show “The Wild, Wild West,” died at age 84, according to a family spokesman.

He died via heart failure at his home in Malibu, California, over the weekend. A small, private funeral is slated for March 1, said spokesman Jeff Ballard to news outlets.

“He lived a wonderfully long life and while the family is saddened by his passing, he will live forever in their hearts,” Ballard said, according to People magazine. He didn’t provide other details about his passing.

In the late 1950s and 1960s, he appeared in “Hawaiian Eye,” and later, Conrad had roles in “The D.A., Assignment: Vienna,” “Centennial,” and “Baa Baa Black Sheep.” He also had a music career and recorded under the moniker of Bob Conrad in the 1950s and 1960s. In the 1970s, he appeared n a number of commercials, including ones for Eveready batteries.

“There are three cycles in showbiz,” Conrad told People in the 1980s. “They don’t know you, then they love you, and then you’ve been around so long they hate you. Now I’m starting all over again.”

“I’m only about 5-feet-8 and only weigh 165 pounds as of this morning, so I’m not the world’s meanest guy,” he said in 2008, referring to the tough-guy roles he played on TV, The Associated Press reported. “If you treat me nicely, I’ll treat you nicer,” Conrad said. “If you’re rude to me, put your headgear on. Here it comes.”

According to reports, he is survived by 18 grandchildren and eight children. He was married twice.

Stream of the Day: ‘The Breakfast Club’ Is Best Appreciated By Considering the Ending That Never Happened