Those Who Bite Nails Aren’t Just Nervous but Have a Special Personality, Find Out More 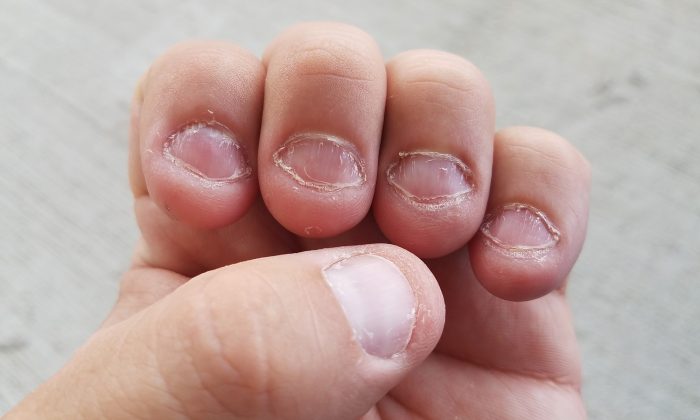 How many times did you hear it from your parents and grandparents? “Stop biting your nails!” While most kids don’t even realize what they are doing, adults know just how many germs get on our hands and fingers as we go through the day.

When people keep biting their nails into adulthood, we often assume it’s because they suffer from anxiety or nervousness. But in findings that will definitely surprise many, scientists have shown that this bad habit has a lot more to do with a very different personality trait.

Hint: It's not anxiety.

First of all, psychologists and scientists have a very fancy term for the phenomenon, which they call “onycophagia,” and classify it along with “body-focused repetitive behaviors,” per Psychology Today. Other activities in this group include pulling or twirling one’s own hair, chewing on a pen, and picking at skin or scabs.

It’s often been thought all these behaviors have to do with nerves. As Psychology Today explains, “nail biting is associated with anxiety, because the act of chewing on nails reportedly relieves stress, tension, or boredom.” But this might be one case where common wisdom doesn’t have it right.

A major study from the University of Montreal showed that the root cause of the behavior isn’t just being generally “nervous”; it has more to do with perfectionism.

As lead researcher Dr. Kieron Connor explained in a press release, per the Huffington Post, “we believe that individuals with these repetitive behaviors may be perfectionistic, meaning that they are unable to relax and to perform task at a ‘normal’ pace.”

What makes these people go for their nails is a difficulty coping with boredom that often results from not being fully engaged by their environment. While they may be perfectly happy while doing their job, the moment that there’s downtime, their excessive focus and energy can become overwhelming. According to the study, perfectionists “experience greater levels of boredom.”

Perfectionists also have trouble dealing with the feelings that result from a job that they, rightly or wrongly, perceive not to be well done. As Dr. O’Connor wrote, “they are therefore prone to frustration, impatience, and dissatisfaction when they do not reach their goals.”

The study didn’t focus on the negative effects of nail biting but rather tried to understand why people engage in it. “What triggers the habit is largely frustration and impatience so the action substitutes for more constructive action,” Dr. O’Connor explained to HuffPost.

But what can people who bite their nails do to keep this tendency in check? There are all kinds of classic remedies for biting nails. These can include putting bitter substances on the nails, such as neem oil, which will make a negative connection that will encourage the person to stop.

Chewing sugar-free gum can also help give the person an outlet for their frustration. Teas that have a naturally calming effect like chamomile and mint can work well for some people.

Even better are practices that address the root causes of perfectionists’ frustration, such as yoga and meditation, which can calm the mind and help them get a handle on compulsive thoughts.

As Dr. O’Connor notes, changing the way perfectionists think is the ultimate cure. If psychologists can get perfectionists to lower the stakes, not investing so much in the outcome of everything they do, then “the person does not need to learn a competing response to replace the habit.”

Regardless of how you approach it, the study shows that nail biting is a lot more complex than it might appear at first!