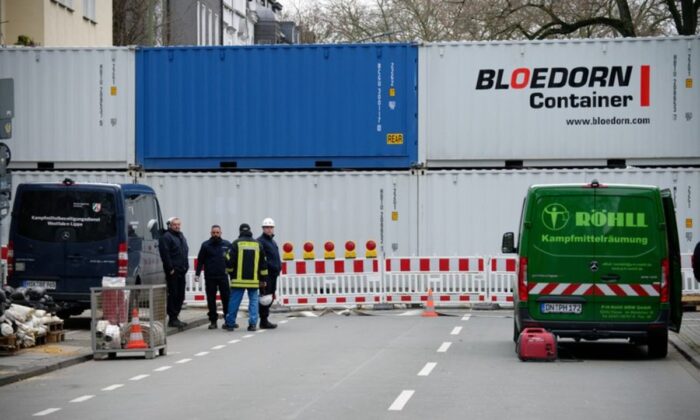 German disposal experts successfully defused two World War II bombs discovered in the western German city of Dortmund on Sunday. Around 14,000 residents were evacuated from their homes prior to the operation.

The bombs were 250 kilograms (550 pounds) and were successfully deactivated on Sunday. The incident took place after officials shut down the city’s main train station and ordered thousands of people to leave their homes before they began the bomb removal operation, Deutsche Welle reported.

Authorities initially said that the special disposal team had found four unexploded bombs from World War II in the clinic quarter, a highly-populated area. However, they later confirmed the existence of only two potentially explosive bombs.

As part of the preparation for the bomb removal, the authorities of Dortmund, which is Germany’s ninth-largest city, evacuated residents from the surrounding areas and patients from two hospitals.

A receptionist at a hospital in Dortmund told Deutsche Welle that they had redistributed patients to other hospitals and people to other buildings.

In addition to the hospitals and residential areas, the famous football museum of Dortmund was closed on Sunday, DW reporter Elliot Douglas wrote on Twitter.

The bombs, which were American and British, are only a few of the many detected and unexploded bombs discovered in Germany since the end of the war dating back to 1945, according to AP.  This scenario has been frequently seen throughout the country and has sometimes led to mass evacuations due to safety concerns.

Some 15,000 people were evacuated in the German city of Hanover last September, after a 250 kilogram (550 pound) bomb was discovered and disarmed successfully, according to The Local.

Moreover, in one of the largest bomb disposal operations, around 60,000 people in Frankfurt were forced to evacuate their homes after a 1.4-tonne bomb was discovered and detonated in 2017. The huge bomb with a high explosive capacity was used during World War II by Britain’s Royal Air Force.

The Local reported during the Christmas holiday in 2016 that the German city of Augsburg had faced the biggest evacuation of an unexploded bomb since the end of the war, with 54,000 people moved from their homes. In this case, the evacuation took place on Christmas Eve and a 3.8-tonne British bomb was made safe.

Germany remains the home of thousands of unexploded bombs as a result of intense bombardment by allied forces against Nazi Germany.

Scrutiny of WE Charity Focused on Ability to Deliver Grant Program: PCO Clerk