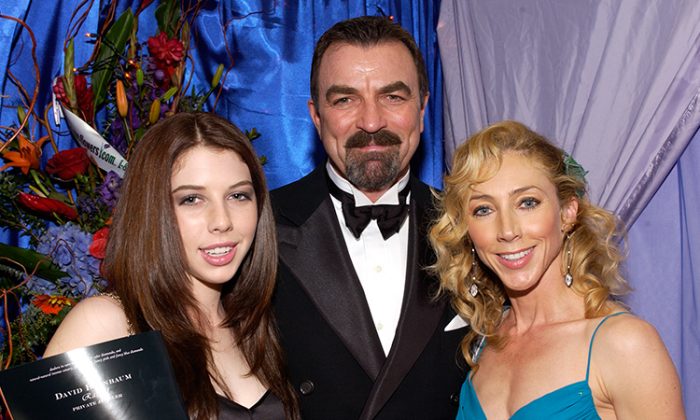 Hollywood actor Tom Selleck, 74, is known for his signature mustache and his role as the private investigator Thomas Magnum in the 80s popular TV drama Magnum P.I. The legend has been on screen ever since 1965.

When asked how he would like to remembered, the veteran actor once told The Straits Times in 2014, “I would like to be remembered as someone who was a good citizen, who was loved by his family.”

“Family is more important to me than anything else,” Tom, who has fans world over, added.

Talking about family, Tom tied the knot with actress Jillie Mack in 1987. On Dec. 16, 1988, they were blessed with a beautiful daughter named Hannah Selleck.

Tom is certainly a doting father. He left the hit series Magnum P.I. and scaled back his acting career just to help look after Hannah, and to spend more time with his family.

“I quit Magnum to have a family,” Tom told People in 2012. “It took a long time to get off the train, but I try very hard to have balance, and this ranch has helped me do that.”

To keep his beloved daughter out of the limelight and expose her to the country lifestyle, Tom moved with his family to a 65-acre ranch, with a horse corral and a 20-acre avocado farm, in Ventura County, California, as per Heightline.

“We both thought it was the best environment for [Hannah] to grow up,” Jillie, his wife, said.

Hannah learned horse riding at the mere age of 4 and spent most of her childhood in the barn looking after ponies.

Loving horses, Hannah was urged to participate in equestrian sports when she was a teenager. “As I progressed in the sport, I fell in love with the competition itself,” Hannah said.

She then further excelled in the sport and has been winning tournaments worldwide ever since she was a student.

After graduating from Loyola Marymount University in 2011, Hannah took up an internship in public relations for about six months in Beverly Hills but soon realized it was not her calling.

Though Hannah had tried a few modeling gigs, she didn’t continue to follow her dad’s footsteps into the world of glitz and glamor; instead, she went after what she’s truly passionate about: to work with horses and to pursue a professional riding career.

Today, Hannah still takes part in competitions, capturing the media’s attention not only for her good looks but as a champion equestrian too.

“My dad encouraged it a lot,” Hannah said. “He liked the idea of developing the babies and developing young horses, so he was a big supporter of this idea.”

“As a kid [my parents] tried to raise me as normally as possible given my dad’s line of work,” she said. “Those horses have been a great way for me to have my own accomplishments outside of whatever my parents had done.”

Behind every successful daughter is an awesome father. Tom is beyond doubt an amazing dad and a positive father figure. Thanks to Tom’s grooming and support, Hannah is able to have a happy childhood and a fulfilled career.

‘How It Ends Trailer’: Sundance Hit to Premiere in July