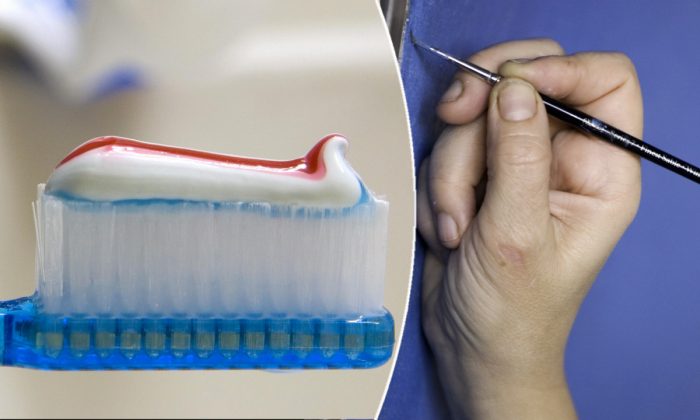 What would be considered a mess by most is a niche form of art on Chinese social media. While most artists would use an array of oil paints to create a photographic portrait of someone, one artist in China has instead turned to mirrors and toothpaste.

The toothpaste-painter, named Xiong Qingzhen, has used his bathroom mirror to generate over 20,000 views of his videos on Chinese social media, according to various online news outlets.

His new video starts out with a splotch of toothpaste on the mirror, but the recording quickly shows how he turns this into a realistic looking portrait.

The star of days past, in one of Xiong’s most recent work, is Audrey Hepburn. He shared the video on Weibo, China’s version of Twitter, under the username “Flying By While Taking Photos” on June 7.

However, the portrait has a simple beginning, being nothing more than two splotches of toothpaste on a mirror at first.

A popular comment from Weibo user “First Avenue Millionaire,” in response to the initial image was “this is the most I can do.”

Xiong has done other “pastings” as well, even re-creating classical artworks.

However, the Mona Lisa doesn’t have the same mystique before the light switch is thrown. He has also included modern movie stars.

Xiong doesn’t limit his images to actors, like Bruce Willis, alone. He has even made portraits of iconic American sports stars.

Kobe Bryant, while he played in the NBA, was a household name among Chinese boys.

So far, Xiong is unique in his artistry. No other Chinese social media users have matched him in this style of making portraits.