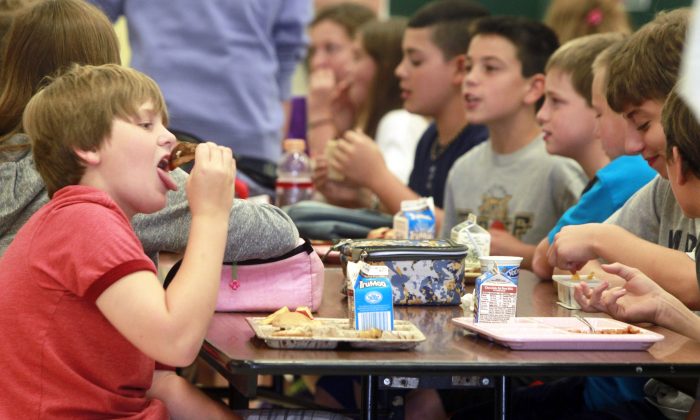 The new standards, according to Agriculture Secretary Sonny Perdue, are designed to give local schools and foodservice operators more flexibility “because they know their children best.”

“Schools and school districts continue to tell us that there is still too much food waste and that more common-sense flexibility is needed to provide students nutritious and appetizing meals,” Perdue said in a press release. “We listened, and now we’re getting to work.”

The school nutrition standards advocated by Michelle Obama and signed into law by her husband have long been a source of controversy. Shortly after taking office, Perdue pledged to ax those standards that aimed to combat childhood obesity by serving more whole grains, fruits, and vegetables. He argued that they have led to schoolchildren simply not eating the meals.

“If kids aren’t eating the food, and it’s ending up in the trash, they aren’t getting any nutrition—thus undermining the intent of the program,” Perdue said in a 2017 statement.

Under USDA’s proposed rule, schools would be given more freedom to adjust the amount of fruit and veggies in the meals. It would also be made easier for schools to offer meats and meat alternates.

The USDA proposes another rule regarding the Summer Food Service Program (SFSP), which serves more than 2.6 million children during the summer months when they are at higher risk of poor nutrition because they do not have access to school meals. The rule also emphasizes giving foodservice operators more control over what and when they serve. High-performing, experienced operators would find it easier to participate in the summer feeding program, with reduced paperwork and a streamlined application process.

Report: Vigilantes Cut Down a Tree and Blocked a Guy’s Road Because They Thought He May Have the Wuhan Flu