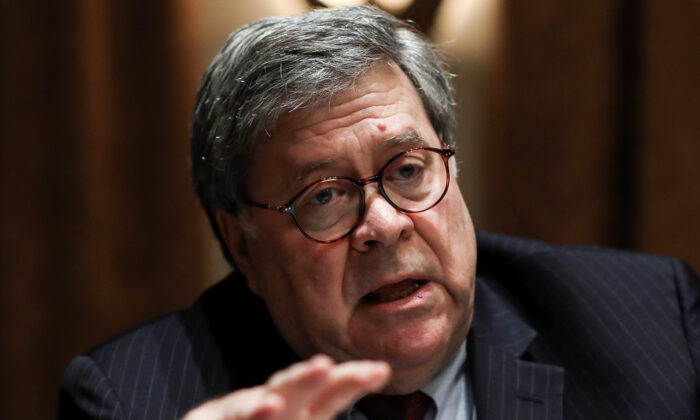 The program is named after 4-year-old LeGend Taliferro who was killed while he slept when someone shot into his home on June 29 in Kansas City.

White House press secretary Kayleigh McEnany said Wednesday that the new program is aimed at reducing violence, pointing to the current violence plaguing Kansas City. In a statement, the justice department said it was created as a result of President Donald Trump’s promise to assist cities that have hit by a recent string of violence.

McEnany said the program is also a response to a letter sent by Kansas City Mayor Quinton Lucas to Missouri Gov. Mike Parson, which said that the city is “at a crisis point.”

Kansas City was reporting 99 homicides as of Wednesday. With nearly half a year left, that puts the city on track to far exceed last year’s total of 150.

Under the program, Barr will, in the coming weeks, direct over 100 federal agents from the FBI, U.S. Marshal Service, Drug Enforcement Administration and the Bureau of Alcohol, Tobacco, Firearms and Explosives to the region to assist and work alongside state and local officials and law enforcement agencies to combat the surge of violent crime.

McEnany said they will be on the ground in the next 10 days.

Barr in a statement described the fatal shooting of LeGend last month as “a horrifying reminder that violent crime left unchecked is a threat to us all and cannot be allowed to continue.”

McEnany noted that LeGend survived heart surgery as an infant before he “tragically lost his life.”

“We at the federal government want to make sure that never happens and use our resources to the fullest extent of the law to ensure individuals and young children like LeGend are able to live their lives and live so peacefully,” she said.

“President Trump has made clear: the federal government stands ready and willing to assist any of our state and local law enforcement partners across the nation responding to violent crime,” Barr said, noting that Kansas City is currently experiencing its worst homicide rate in its history.

Responding to news of the new initiative, Kansas City mayor Lucas said the effort “can be only one tool out of many” needed in addressing the problem of violent crime.

“As I said in my letter sent last week to Governor Parson that was cited by the White House this afternoon, ‘[W]e will continue to pursue a broad set of social services and other tools to address violent crime now and in the future,’” he said in a statement. “As mayor, I remain committed to working on all solutions to making our city safer and finding peace for all those impacted by violent crime.”

Go Back: US News
Previous: The Supreme Court votes once again in favor of religious freedom and gives the green light to President Trump’s rules
Next: Renters Face Financial Cliff, With Limited Help Available
source : www.theepochtimes.com
''

Graham on Harris: ‘No Issue’ as to Whether She’s a US Citizen

William Barr Exposed One Fact That Should Frighten Democrats

Chad Wolf, Ken Cuccinelli Not Eligible to Serve in Their DHS Roles: Watchdog