Twitter to Give @POTUS Handle to Biden on Jan. 20 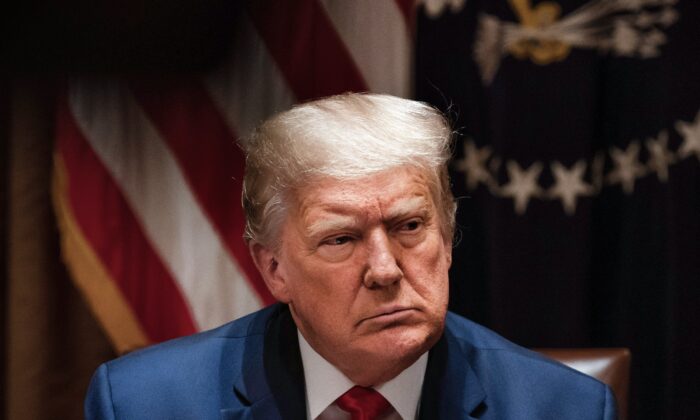 Social media giant Twitter said it will give the @POTUS handle to Democratic nominee Joe Biden on Jan. 20, 2021, the company confirmed.

“Twitter is actively preparing to support the transition of White House institutional Twitter accounts on January 20th, 2021,” a Twitter spokesperson confirmed in a statement to The Epoch Times.

The company also said that the process is being done in close consultation with the National Archives and Records Administration and will also archive the Twitter accounts of the current administration for a historical perspective, as it did for other administrations.

President Donald Trump and his campaign are currently challenging the results of the 2020 general election, claiming that the results have been tainted by irregularities and vote fraud. The Trump campaign has launched a litany of lawsuits in several battleground states asking courts to protect the integrity of the voting and counting process. Their efforts have been targeting the certification of results in those states, including Michigan, Pennsylvania, Arizona, Nevada, and Georgia.

Trump has repeatedly been vocal over the need to protect the sanctity of the ballot box while claiming that Democrats are trying to “steal” the election from him through efforts to count late-arriving ballots, which he alleges are illegal. He and his legal teams have been arguing that mail-in ballots postmarked by Nov. 3 but received after Election Day should not be counted and that votes that were counted without Republican observers present in the ballot-counting centers should also be considered illegal votes.

Similarly, his personal lawyer Rudy Giuliani, who is leading the campaign’s efforts in the challenges, has claimed that there was a widespread effort by Democrats in battleground states to “steal” the states for Biden.

He has claimed that the campaign has at least ten witnesses who are ready to testify about voter fraud in court but cannot be revealed publicly now because doing so would put their lives in jeopardy. He also claimed that he has at least 1,000 sworn affidavits from citizens alleging wrongdoing that is “enough to overturn any election.”

“If we are going to present things in court, if we present it to you, judges are not going to be very happy with us. And finally, I have to tell you, our witnesses don’t want to be exposed to the tender mercy of a vicious press,” he said.

While some of the cases are still ongoing, a number of Trump campaign cases filed in federal and state cases in those states have been dismissed by judges or withdrawn. Many third-party cases have also been filed but also face similar challenges.

The Trump campaign, however, has had some success in their lawsuits. In one case filed in a Pennsylvania court, the campaign sued to compel Secretary of the Commonwealth of Pennsylvania Kathy Boockvar and 67 counties to follow an earlier deadline for voters to provide missing proof of identification if not provided on their initial ballot. Boockvar issued election guidance that extended the Nov. 9 deadline by three days, the lawsuit (pdf) states.

A state judge ordered all counties to segregate ballots received between Nov. 10 and Nov. 12 for which missing identification was received from ballots verified on or before Nov. 9. It also ordered that those segregated ballots cannot be counted, ruling that Boockvar “lacked statutory authority” to issue the guidance to change the deadline.

Trump’s posts on Twitter have been receiving heightened scrutiny following the Nov. 3 election. The social media platform has been flagging many of his posts as misinformation, a move that has long been criticized by many conservatives.

Tom Ozimek contributed to this report.

Follow Janita on Twitter: @janitakan
Go Back: Tech
Previous: Russian Parliament Given Draft Law Enabling Moscow to Block US Social Media Giants
Next: Farmers Are Warming Up To The Fight Against Climate Change
source : www.theepochtimes.com
''