US Authorizes Deployment of Troops, Resources to Saudi Arabia 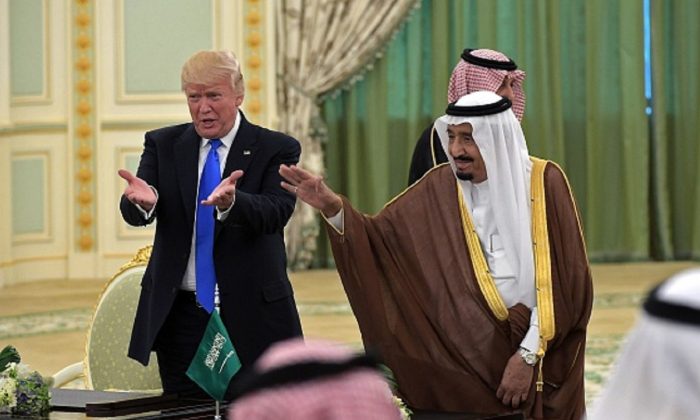 WASHINGTON—With Iranian military threats in mind, the United States is sending American forces, including fighter aircraft, air defense missiles and likely more than 500 troops to a Saudi airbase that became a hub of American airpower in the Middle East in the 1990s but was abandoned by Washington after it toppled Iraqi strongman Saddam Hussein in 2003.

Senior American defense officials said some U.S. troops and Patriot air defense missile systems have already arrived at Prince Sultan Air Base, south of Riyadh, where the troops have been preparing for the arrival of aircraft later this summer as well as additional troops. The officials spoke on condition of anonymity in order to provide details not publicly announced.

Putting U.S. combat forces back in Saudi Arabia, after an absence of more than a decade, adds depth to the regional alignment of U.S. military power, which is mostly in locations on the Persian Gulf that are more vulnerable to Iranian missile attack.https://t.co/6eb5Rw74rN

The agreement has been in the works for many weeks and is not a response specifically to Friday’s seizure by Iran of a British tanker in the Persian Gulf. Tensions with Iran have spiked since May when the Trump administration said it had detected increased Iranian preparations for possible attacks on U.S. forces and interests in the Gulf area.

In a written statement Friday evening, U.S. Central Command said the deployments to Saudi Arabia had been approved by the Pentagon.

“This movement of forces provides an additional deterrent, and ensures our ability to defend our forces and interests in the region from emergent, credible threats,” Central Command said. “This movement creates improvement of operational depth and logistical networks. U.S. Central Command continually assesses force posture in the region and is working with Kingdom of Saudi Arabia authorities to base U.S. assets at the appropriate locations.”

Putting U.S. combat forces back in Saudi Arabia, after an absence of more than a decade, adds depth to the regional alignment of U.S. military power, which is mostly in locations on the Persian Gulf that are more vulnerable to Iranian missile attack.

But it also introduces a political and diplomatic complication for the Trump administration. Many in Congress now question the decades-old U.S.-Saudi security alliance and oppose major new arms sales to the kingdom.

Starting with the January 1991 air war against Iraq after its invasion of Kuwait the previous summer, the U.S. flew a wide range of aircraft from Prince Sultan airbase, originally known as al-Kharj. Supported by an all-American array of creature comforts like fast-food restaurants and swimming pools, U.S. forces there flew and maintained Air Force fighters and other warplanes.

The base also served as a launchpad for the December 1998 bombing of Iraq, code-named Operation Desert Fox, which targeted sites believed to be associated with Iraq’s nuclear and missile programs. In 2001, the base became home to the U.S. military’s main air control organization, known as the Combined Air Operations Center, which orchestrated the air war in Afghanistan until it was relocated in 2003 to al-Udeid airbase in Qatar.

Family of four all die from coronavirus in China, with fifth member critical