US Should Partially Disengage With China to Counter Threats: Think Tank 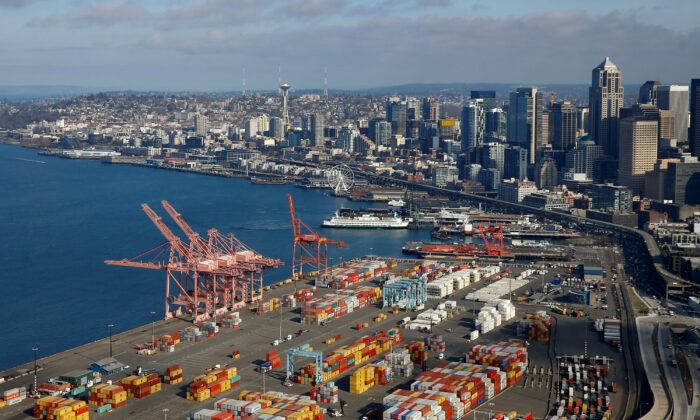 The United States should partially disengage with the Chinese regime to combat its predatory economic practices, recommended a recent report by Washington-based think tank The National Bureau of Asian Research.

The U.S. administration should pursue defensive measures to stem the flow of critical technologies to China, and work on reaching a ceasefire in a nearly 16-month-long trade war, the report released on Nov. 4 said.

It comes as the world’s two largest economies are finalizing the text of a “phase one” trade agreement which could signed by President Donald Trump and Chinese leader Xi Jinping in December. The interim deal is set to include U.S. agricultural purchases, increased access to China’s financial services markets, improved protections for intellectual property rights, and a currency pact.

The report said the Chinese regime has for years taken a “predatory approach” to economic relations with the United States and other Western democracies, exploiting their openness to fuel its growth. At the same time, it has restricted foreign access to its domestic markets and aggressively developed native industries for the purpose of supplanting foreign competitors, the report added.

“China is now engaged in a wide-ranging, ambitious, and well-funded effort to become a scientific and technological, as well as a manufacturing, superpower,” it said.

In response, the think tank recommends the U.S. administration adopt a multi-pronged strategy to defend the country’s security and prosperity, including curbing the transfer of sensitive information and technologies to China, and encouraging tech innovation to strengthen the U.S. economy.

“The United States can no longer afford to permit all these entities [from China] virtually unrestricted access to its own economy and society,” the report said.

However, it noted the U.S. government’s growing recognition of security risks posed by Chinese technology—particularly in the area of telecommunications. The administration in May effectively banned Chinese tech giant Huawei, the world’s largest supplier of telecom gear, from doing business with American firms on national security grounds. The move arose from concerns that the firm’s equipment could be exploited by the regime for surveillance or to disrupt communication networks.

It suggested that similar restrictions be placed on other portions of the country’s critical infrastructure, including electricity generation, railways, water systems, and law-enforcement agencies.

The Chinese regime has embarked on a long-running campaign to acquire foreign technology and IP “by any means necessary,” the report noted, including both illegal means, such as cyber theft and industrial espionage, and legal approaches, such as investing in foreign companies that are developing technologies of interest to Beijing.

“The federal government should impose tight restrictions on direct Chinese investment in sensitive areas,” the report recommended. It noted that reforms last year that gave more powers to the federal body in charge of reviewing foreign investment deals for national security concerns were a step in the right direction.

A recent FBI report said among Chinese students who are studying in the United States, “mostly post-graduate and post-doctorate researchers” working the science, technology, engineering, and math fields (STEM) are likely to be used by the Chinese regime to transfer sensitive information to China. Thus, the report suggested imposing restrictions on the entry of certain advanced researchers.

“The U.S. government should bar students or researchers that it has reason to believe have ties to the PLA [People’s Liberation Army, the Chinese military], and it should discourage or, if the U.S. participants receive federal funding, ban outright joint research projects with PLA-linked institutions,” the report said.

In addition, the United States should invest in innovation, technology, and STEM education to fend off the challenge posed by China, the report said.

“The United States needs to run faster if it wishes to stay ahead, and innovation will therefore be essential to its prospects for success.”