Watchdog Clears Jackie Trad of Corruption, but Warns of ‘Worrying and Disappointing Practices’ 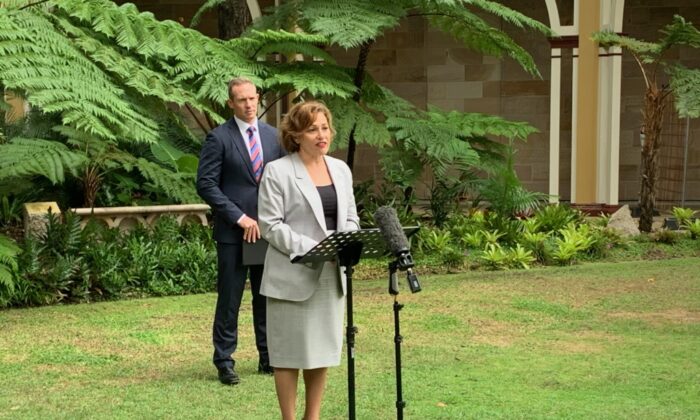 Queensland’s Crime and Corruption Commission (CCC) has found the state’s deputy premier did not interfere in the recruitment process of a new college in Brisbane, an allegation that forced the leader to step down from her role in early May. The CCC did however find the actions of department officials created a “corruption risk.”

The CCC began its investigation into former Deputy Premier Jackie Trad on Dec. 19, 2019, over allegations she interfered in the Department of Education’s recruitment of a principal for the newly built Inner City South State Secondary College in Brisbane.

Trad stepped down from her role as deputy premier on May 8 as the investigation was ongoing.

The CCC submitted its report to Queensland’s Parliament on July 2, finding the deputy premier committed no criminal office and that she was not “motivated by any dishonest or corrupt intent.”

The CCC found the Department of Education and deputy director-general had organised the meeting between Trad and the candidate. This approach was deemed to create a “corruption risk.”

According to the commission’s Chairperson Alan MacSporran Q.C.: “Department officers thought it was a good idea or were aware of the idea to ‘test’ a candidate during a meeting with the former deputy premier, even though the selection panel had made a decision.”

“The former deputy premier did not instigate that meeting and was not a member of the selection panel, nor was a meeting part of the original recruitment process, so in the CCC’s view the meeting to ‘test’ the candidate was entirely inappropriate,” he added.

The CCC found after the meeting, that a series of text messages were exchanged between a panel member and the deputy director-general which agreed the meeting did not go well.

After the meeting, the estimated number of students to be enrolled in the school was revised to a higher number, which would allow the college to select a new principal. The job was subsequently re-advertised.

The CCC found the “manufacturing” of new enrolment figures was “arguably dishonest.”

The report also found the department published false information in a media statement, and provided “false or misleading information” to the state premier. There was also a failure to keep records which were found to fall “well below the standards expected of senior public servants.”

MacSporran Q.C. said the investigation found “worrying and disappointing practices” which should be of “concern to all Queenslanders.”

“All Queensland public servants and elected officials should read this report to see how a straightforward recruitment process went off the rails. This type of conduct should never occur again,” MacSporran Q.C. said.

“There are vital lessons from this investigation that must be learned,” he added.

The CCC has provided a report to the Public Service Commission to consider possible disciplinary action.