Why China Is Using a Boy Band to Promote Orwellian Surveillance 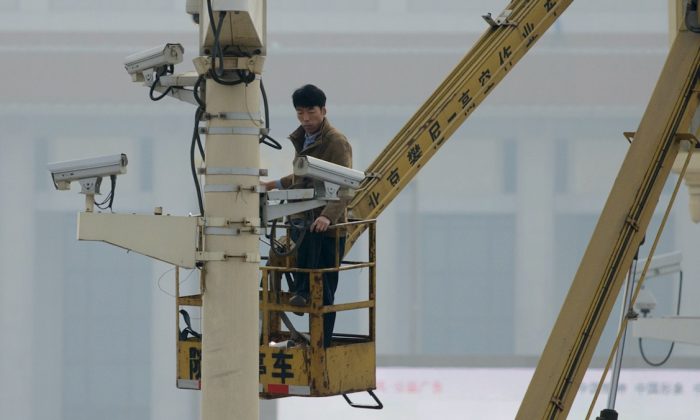 The Chinese regime released a music video to promote its Social Credit System, which monitors all activities of all people—including daily behavior, movement, online purchases, family, and friends—and assigns each person a citizen score that determines the level of freedom or repression to be enjoyed or endured.

The system is going to be implemented across all China in 2020, and local governments have already begun setting it in motion.

In the music video, a handful of Chinese youth celebrities give a glowing show of how they abide by the Chinese Communist Party’s (CCP) social control system, and play up how behaving with “integrity” and “trustworthiness,” according to the surveillance system’s requirements, raises their scores and benefits them.

This video, in particular, is directed at Chinese youth. It was produced by China Youth Credit Action, which is a program supervised by the CCP’s Communist Youth League to promote the Social Credit System. According to Australia’s ABC News, the video had over 340 million views on China’s Weibo, and was mentioned in 2 million comments. It features China’s popular TFBoys boy band, and a handful of young Chinese celebrities including Xu Weizhou and Wei Daxun.

While the video has a light and happy tone, and uses lofty sounding phrases, it’s important to remember what it represents. The system this is promoting is the same one being used in places like Xinjiang, where ethnic Uyghurs are being monitored and thrown in concentration camps for violating the CCP’s laws on culture and religion.

The message the video spread under on Weibo, according to Australia’s ABC News, was “Youth should be trustworthy, credibility is valuable, every aspect of life contains the concept of integrity.”

Keep in mind that under the CCP, phrases like being “trustworthy,” having “credibility,” and acting with “integrity” have very different meanings than they have in free countries. This specifically means being “trustworthy” in the eyes of the ruling communist regime, having “credibility” by never violating its totalitarian standards, and having “integrity” to always follow its will regardless of whether or not the regime can see your actions.

The video plays on the policy of “political correctness,” which was framed by Mao Zedong in 1967. The idea was that if you supported the CCP’s policies of repression—which at the time included the violent destruction of Chinese history during the Cultural Revolution (1966-1976)—then you were “politically correct.” If you opposed the policies, however, then you were not “politically correct,” and you could have been marked for imprisonment or death.

Propaganda of this type is especially insidious. It uses a form of altered language that will be interpreted differently under the CCP than it would to people outside the system. It also uses colorful and happy imagery to frame a positive perception of an artificial intelligence system for totalitarian social control.

The video portrays an Orwellian reality, under a regime with all the horrors of labor camps and torture we saw under the Soviets, but with a polished, friendly facade.

Of course, this is the goal of propaganda. It doesn’t need to be true or false. It just needs to elicit an intended emotional response. People gradually become conditioned to associate the programmed emotion with the issue.

This differs from misinformation, which is the direct use of false information either to muddle an issue or spread confusion, and from disinformation, which uses more complex forms of deception, such as staged events and planted evidence used to create reports that appear true.

These all fall under the banner of psychological warfare (or “PsyOps”), which aims to alter the way you interpret an issue. It works through the subversion of a person’s cycle of meaning, to alter the way they view issues as “symbols” of various concepts or feelings.

When watching propaganda like this, reflect on what impression each scene leaves you with. What emotions does the music invoke? Those impressions and emotions are likely what the creators of the propaganda want you to feel towards the issue.

The form of censorship it uses is what I recently described as “Trojan horse censorship.” While it wraps itself in a veil of good intentions, its true nature is a program to crack down on dissent, to eliminate any hope of people to oppose the ruling regime, and to further the CCP’s destruction of tradition, but these aren’t talked about on the surface. Those true intentions are the armed men inside the wooden, smiling veneer of this Trojan horse.

This isn’t just a Chinese issue anymore either, as the CCP is exporting its Social Credit System. Already it’s being used in parts of Africa and Latin America. Darwin, Australia will also soon be launching a variant of the system, in cooperation with the CCP.

If the CCP is allowed to continue pushing this system, expect to see this same type of censorship, masked in this same type of propaganda, to come to a city near you. This is the goal of the CCP, and it’s something the many socialist tyrants around the world will drool over.