Why Drug Trials Aren’t Enough to Make Sure Medicines Work 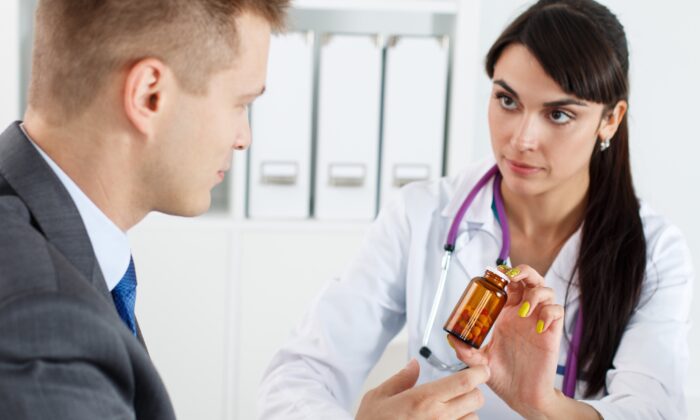 Doctors prescribe drugs in hopes that the patient will gain relief, but only some patients will. Personalized medicine offers hope of a better approach. (megaflopp/Shutterstock)
Updated: 2019-10-07 02:30:16

There was a moment when, as a pharmacist, I realized that a lot of people to whom I gave medicine were going to receive little benefit or even none at all.

Health care staff make clinical decisions on when to use one medicine or another based upon evidence drawn from clinical trials. Clinical trials give us the data that show the probability that a medicine will have the desired effect—but there is also the chance that it won’t.

Clinical trials are a good way of identifying drugs that, on the whole, are effective at achieving a specific outcome. But “on the whole” doesn’t take into account the wide variation among humans that means patients may react very differently to the drugs they’re given.

The promise of personalized medicine is that through a more accurate understanding of patients’ genetic makeup, alongside factors such as their lifestyle, diet, and environment, they can be prescribed different drugs depending on what we know about how those drugs will affect them personally, rather than “on the whole.”

Clinical trial data is based on probabilities. Most controlled trials test a drug against a placebo or an existing drug, and the outcomes—such as not having a heart attack, or experiencing a side effect—are counted up to compare.

The likelihood that a patient will experience an event is known as absolute risk. This is calculated by dividing the number of events by the number of people. For example, if eight of a group of 100 people have a heart attack in a single year, the absolute risk is 8/100 equals 0.08 (or 8 percent). Say that during a drug trial the absolute risk for those given the drug is 0.03, and for the placebo group it is 0.08, the drug on trial would be said to have achieved an absolute risk reduction of 0.05 (or 5 percent).

Crucially, if you are in the business of manufacturing and selling medicines, expressing a drug’s effectiveness by its relative risk reduction offers a better impression than by its absolute risk: let’s face it, a reduction of 62.5 percent sounds much more impressive than a reduction of 5 percent.

Using these methods on clinical trial data help us gauge the effectiveness of medicines, but they don’t take into account the differences among the patients taking them. Through genetic variation, human bodies vary considerably in the way they interact with drugs, potentially making drugs more effective, less effective, or something else entirely. For example, in the United Kingdom, people with high cholesterol, something that runs in families, are currently offered DNA testing to confirm their diagnosis and start treatment much earlier.

To see how much these factors affect how medicines work: consider the number needed to treat. This is an estimate of the number of people that must take a drug for one person to get the desired outcome, thus the name “the number needed to treat.” Using the same example of a drug trial with an absolute risk reduction of 0.05 (5 percent), this means that, statistically, 20 people (20 times 5 percent equals 100 percent) would need to be given the drug for one to feel the benefits. As we don’t know which of the 20 will benefit from taking the drug, we must give it to all of them.

This is a problem because medicines are not without harms: almost all have side effects, which the other 19 may suffer even without experiencing the drug’s benefits. This is known as the “number needed to harm,” where harm could be anything from headaches and rashes to internal bleeding or even death. Clearly, if you are taking a medicine, you want to know that the benefit outweighs the harm.

As an example, statins are drugs commonly used to lower cholesterol and reduce the risk of having heart attacks and strokes. The drug will reduce the relative risk of heart attack or stroke by about 25 percent, but may also generate side effects. The patient and prescriber need to balance the benefit versus harm. This decision can be guided using patient decision aids, developed to help patients understand the balance of benefits and harms in the context of how they may have to change their lifestyle while taking the medicine.

There has been interest in a recent trial of the polypill, a tablet containing blood pressure-lowering medicine and a statin, which was given to around 3,400 people over the age of 50 in Golestan province, Iran. At a population level, it led to a reduction in cardiovascular events, but the same approach will also mean more people will experience side effects compared to an approach that targets only those at high risk. In low- and middle-income countries that lack the resources to diagnose and target many individuals, this may be a price worth paying.

Which brings us back to the promise of personalized medicine: ideally we would be able to identify the hypothetical one in 20 patients given a drug that will benefit from it, and prescribe the medicine to them alone. Beyond the benefit to the patient, there are cost benefits to the health service and to society, but chiefly there are benefits for the other 19 who need not take a drug that won’t benefit them and may cause them side effects or adverse drug interactions. A better understanding of our genome and how it affects our risk of disease will provide the tools to identify those most at risk and target them alone.

Alison Astles is a subject leader in pharmacy at the University of Huddersfield in West Yorkshire, England. This article was first published on The Conversation.