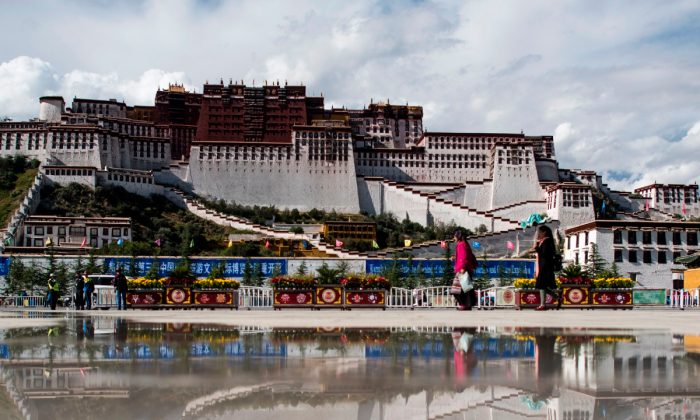 For those who shop for clothing online, trying out a new outfit is necessary once it arrives. However, one woman in China tried to take advantage of an online store’s return policy, while revealing her behavior through her own shared photos.

A woman bought 18 pieces of clothing for a vacation she went on, only to return them within the seven-day period allowed to online buyers. When the seller contacted her online, he found that her social media account was full of images of her wearing the clothes while out on vacation, according to the Beijing Youth News.

The woman, surnamed Huang, purchased the clothing on April 25 from Chinese online shopping website Taobao, which functions similarly to eBay. She spent a total of about 4,600 yuan ($670) and took advantage of Taobao’s “seven-day no reason” return policy. On May 5, she told the seller that she was going to return the clothes because she did not like any of them, and requested a full refund.

However, the seller, surnamed Li, wanted to ask the woman what she didn’t like about the clothes. Upon contacting her through WeChat, the most popular chat app in China, Li discovered something he did not expect.

When Huang bought the clothing, Li said that it was an above-average sale for his shop, and he even offered Huang a discount, according to the Beijing Youth News. But Huang didn’t respond to Li’s offer.

Huang took photos of herself and her friend adorned in Li’s clothing while visiting the mountains of Tibet. She shared those photos on WeChat Moments, which is similar to sharing on Facebook.

“I was really angry,” Li told the Beijing Youth News. Li said there were pictures of Huang wearing five different outfits that she had bought.

“You should only try out clothing right after you buy them,” Huang said.

Li’s Taobao shop is called “Women’s Travel Clothing,” and has owned the shop for three years. Huang is not the first customer to take advantage of the store’s return policy. Li said that during the busy travel season, his sales would usually increase but has suspected others of using clothes like a rental service.

“This time there were a lot of people doing this, and even people showing off their photos in their Moments,” Li told the Beijing Youth News. “I was especially furious, that’s why I exposed it.”

“This kind of stuff involves way too much of my effort, and at first I just wanted to expose this ugly behavior,” Li told the Beijing Youth News.

Huang also made an apology, but not for what Li would have hoped for. “I apologize because I really shouldn’t have taken such happy-go-lucky pictures in clothes I didn’t like,” Huang told the Beijing Youth News.

As of May 11, the dispute between Li and Huang has not been fully resolved. Taobao will ultimately make the decision on how many pieces of clothing can be returned and how much money will be refunded.

“I already don’t care about the decision of the platform later, I just hope that the other person involved can apologize to me and the public,” Li said.

Go Back: China News
Previous: Human Rights Organization Calls on China Not to Send North Korean Escapees Back
Next: Why China Is Using a Boy Band to Promote Orwellian Surveillance
source : www.theepochtimes.com
''