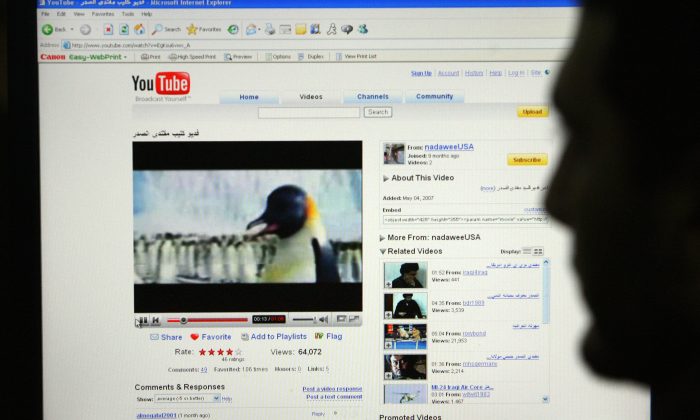 YouTube says it’s banning young children from live streaming content on its social media network without an adult present, according to a blog post on June 3.

“Channels not in compliance with this policy may lose their ability to live stream,” the company said in the public statement. “While the content itself does not violate our policies, we recognize the minors could be at risk of online or offline exploitation … we strongly believe this is an important step to keeping young people safe on YouTube.”

The website already does not allow children under 13 to create their own accounts, and it says it’s been deleting these accounts to help prevent child exploitation from occurring on its online platform.

#National: Youtube has made some policy changes today that bans minors from streaming without an adult present https://t.co/noYCBbXSTL

“In the first quarter of 2019 alone, we removed more than 800,000 videos for violations of our child safety policies, the majority of these before they had ten views,” YouTube stated.

Youtube Bans Minors From Live-Streaming Videos; An Adult Should Be Present From Now On @trakintech https://t.co/dzb8JE39Fy

What are your thoughts on this?

“In 2015, because YouTube has never been for kids under 13, we created YouTube Kids as a way for kids to be able to safely explore their interests and for parents to have more control,” the company said. “We also enforce a strong set of policies to protect minors on our platform, including those that prohibit exploiting minors, encouraging dangerous or inappropriate behaviors, and aggregating videos of minors in potentially exploitative ways.”

The company has also invested “heavily” in a variety of technologies to protect young people including its Child Sexual Abuse Imagery Match technology, which helps remove illegal video content.

YouTube admitted the vast majority of users do not violate the company’s policies, and the measures were simply precautionary.

“The vast majority of videos featuring minors on YouTube, including those referenced in recent news reports, do not violate our policies and are innocently posted—a family creator providing educational tips, or a parent sharing a proud moment,” the company said. “When it comes to kids, we take an extra cautious approach towards our enforcement and we’re always making improvements to our protections.”

YouTube bans minors from live streaming without an adult present, and comments on videos featuring minors have been disabled. https://t.co/vSG5hr2j8g pic.twitter.com/rE4WiUcx9C

“YouTube is a company made up of parents and families, and we’ll always do everything we can to prevent any use of our platform that attempts to exploit or endanger minors,” the company said.

YouTube said recent improvements to its machine learning classifier has made it easier to better identify videos that may put minors at risk and apply protections across more videos.

In the last two years, the company has shared tens of thousands of reports with the National Center for Missing and Exploited Children, leading to several law enforcement investigations.

YouTube bans any livestreams from ‘younger minors’ unless they’re joined by adults in an effort to fight back against pedophilia https://t.co/pu3bFABGcx