Black Conservative Patriot: PEOPLE ARE SAYING MY TITLE IS CLICKBAIT WITHOUT EVEN GETTING TO THE PART OF THE VIDEO ABOUT THE RAND PAUL INTERVIEW. HERE'S THE QUOTE FROM THE ARTICLE:
"Sen. Paul explained that if there does end up being a vote for each individual witness, which could potentially be dozens, he believes that only the ones who are antagonistic to the president will get through. This means that “Hunter B- Joe B- and the whistleblower may not pass a majority vote.” He said that if this is how witnesses are decided, the senate will end up with a situation like the House did — a lopsided witness list that would be mostly people hostile to the president."


REMEMBER FOLKS, MY VIDEOS COVER A VARIETY OF THE DAY'S NEWS TOPICS. I CAN'T PUT EVERY TOPIC COVERED IN THE TITLE. :)

Phyllis Tatten: Love President Trump - Still waiting for Hillary & her ilk to be thrown in jail!

colette s: I don't remember Clinton doing anything while he was being impeached. He may have, but it seems to me the only thing going on was about Clintons crimes. I do remember that the country was behind impeaching AND removing Clinton. They were that much of a disgrace and embarrassment. More than anyone, Clinton opened the door for there to be a president trump. But now I find it satisfying that the president is going on with his usual life, which makes fools out of the loonies all the more. The main thing I see now is to have a government working FOR us we need to be rid of do nothing democraps.

Bob: He promised to have our backs about the 2nd Amendment but he has done more to erode our Constitutional rights. Trump has done more damage in 3 years then Obama did in 8 years.

MyArms2short2masterB8: Lets not forget, Nansy said 'One way or another' Trump wont be in office...
They need to really look into her words, it sounds 'treason'

wendy leigh: Anyone, anywhere from now throughout eternity who has, or tries to acquire one of those pens should be considered a traitor to the U.S. and a conspirator in the attempt to destroy America, our Constitution and our Bill of Rights! Make those pens worthless!

Tenright77: I can't believe "the articles" weren't transcribed on Stone Tablets...
Meanwhile...Anarchy and Constitutional Chrisis in VA driven by the Dem/Globalist agenda.

April Angeles: So no Republican from the house is in the managers? Or did I miss their names?

Cassiopea456: OMG Did they pick the judge Roberts, a liberal Hussein' minion who hates the President?

Empathic Awakened Cancerian81: You want to talk about getting frustrated

Raul Gomez: How many Republicans Senators are there in the Senate?

c t: I can see where your coming from, But God is in control and he will guide you if you study his word and understand. No we cant alow the communist party to take over, or be complicit in there behavior. Jesus, even when being captured , when one of his followers cut the ear of a soldier said. No, if you live by the sword you die by the sword . That's why Q said to take them down legally not violently.
I pray you will find his word as feastful as I have. The word is mana from heaven. His word are more powerful when spoken with faith and understanding.
Lord lay your hands on this brother or sister that they may know you personally
Amen

Jo Ann Sliger-Thorn: Trump is no fool. He just happens to have fools around him. The democrats.....all the other presidents said they would do what he has done......then they done nothing......why......they were not smart enough to know what to do or how to do it.....its called a business. T hats what america is. A business. Too bad not one of those clowns recognized that..now were where we are because Trump makes them all look like the IDIOTS they are.......

Jo Ann Sliger-Thorn: Like I have said....u can't fix STUPID.....I am amazed how many idiots are running this country...once they get what they think they want....they won't like it....and the American people will show them.

Dawn Ironside: I suspect china is signing trade deals because they know Trump will be reelected and therefore won't be able to pull off the scams they did against previous presidents!!!! It's a pretty good forecast!

Dawn Ironside: What the demons don't understand is:
NOTHING CAN STOP WHAT'S COMING!! WE HAVE IT ALL! MORE THAN YOU KNOW!!! PATRIOTS ARE NOW IN CONTROL!!! PAIN IS COMING!! IT'S GOING TO BE BIBLICAL! THE GREAT AWAKENING IS UPON US!!!!

Dawn Ironside: Madcow asks a leading question and parnes replies thats how it felt! We don't accept accusations based on feelings!

FEDUP365 Todd: BOOMERANG, DEEP STATE GOING OVER THE CLIFF AND WILL BE PUT TO SLEEP FOREVER, TIME TO TAKE THEM OUT IN HANDCUFFS AND SHIP THEM TO GITMO FOR TREASON

William Conger: That was the GOP

William Conger: I thought the senate was in charge of the trial, sounds like pisslosi is smarter than the top.

William Conger: BCP bend over backwards might be the wrong way to put it. They might bend over forwards, if you know what I mean.

Koop: MSNBC had to be trolled into using this Parvis dude. This guy will be the end of the DIMS. Dan Bongino EP 1161

Koop: BCP this Pervis Dude is linked to HRC, BIL,L Sici Russia Tech city, money, speeches. It is Crazy. Dan Bongino EP 1161.. Parvis fool is like huge nuke for them they don't know it.

4 Freereign: Romney never defended the US earners, industries, and farmers, he was just whining that Chinese currency manipulation positioned China to easily outbid hime for assets that Romney trashed with taxes, inflation and traddedumping and outsourcing. Romney is a sick piece of trash.

Thomas Burns: The Left = BLAH BLAH BLAH !!!! ENEMY COMBATANTS Against AMERICAN PATRIOT ... 😣 They are all so FOUL

Virginia DeMers: I hope this reptoid eats his lies and chokes.

WING_NUT62: Jason Crow is a disgrace!! Any veteran that will join the leftist mob that is trying to destroy all of the good work that has been done by the DULY ELECTED PRESIDENT would turn on his own men in a heartbeat!! That is exactly what he is doing. One look at what they are doing in Virginia tells you all you need to know about who these people are!! And anyone that stands with them...should fall with them!!!!

Kathleen Tootell: what happens worse case scenario if demorats vote in all of the phony articles of impeachment? wasn't Clinton impeached but didn't leave? does anyone know? thanks

Duane Schmitt: We are ALL LOSERS in this political hack "chess game"
Nobody is looking out for America! No, not Trump either!

Stuey G: Pathetic no one is held accountable for anything. What do they haft to do to be removed execute people live on TV in the House Chamber.

Mass Effect: So in the Banners I see it has went from certain to be acquitted to almost certain to be!!! I don't think things are as they seem!

sam wilson: They looked like a bunch of idiots, the way they marched into the Senate chamber. Her saying it was solemn is ridiculous, that grin said it all. At the bottom of this whole hoax I a giant cover-up that should be exposed.

FREEDOM 1: Nadler was having to hold himself up by hanging onto the podium. A bunch of Trump haters for sure. What a joke. The Democrat Party has gone tyran*nical.

The Good The Bad and The Ugly: Nan, your bra is old. You need to go shopping for a new one.

4 Freereign: Whaaaat?! We already saw Chinagate/Ukraine/HSBC rino operatives McConnell and Romney's true colors. To allow fraudulently originated articles to proceed without prosecution of the fraud, is simply idiotic.
The bs of calling this clownshow "somber" is completely macabre. They are perpetuating a HUGE decades-long cabal psyop. DISGUSTING display of Brzezinski-cabal commie trash.

Sergio A. Aguilar: BCP IM GLAD YOU ARE A PATRIOT I BEEN LISTENING TO YOU NOW SINCE YOU STARTED IT IS VERY SAD TO SEE WHAT IS GOING ON IN OUR COUNTRY THANK YOU FOR YOUR GOOD WORK

Kevin Wilson: Oh now, Adam Shilf and Nancy Pelosi want a fair trial. #1 You mean, like the they had? #2 convicting a President upon hear say evidence, not good evidence. #3 I thought the bible said, BEAR NO FALSE WITNES (not believed). #4 IT'S UNCONSTITUTIONAL to IMPEACH a sitting president. #4 Why are they doing this? They're trying to save face. (Their careers) #5 because he has just about all of them under indictment, and they know this. And their try to fight their way out # 6 they hate him why? It's just not Joe Biden his son caught in the Ukraine ORDEAL, its them as well. Now the people are celebrating a revolutionary evet, and the people knows that AMERICA is having their MOMENTS of full happiness again while in this era, while they are a live to watch and witness. That under this President, who's fighting for them ,and their success #7 The successful trails, impossible stance, fals accusations, the barrage of insults. Yet hasn't held his unstoppable persistence of reaching his goals President Trump (this man) is GREATLY surrounded by the prayers of people. Who encourages him and his ongoing accomplishment while they're done. Dispute the rhetoric displayed by his adversary's. This is tunnel vision to attaining everything his promise. A man who truly committed to his assignment, reguardless of the circumstance And shows us, you can truly accomplish anything, and do any feet, by the wisdom, power, and guidance of God. .

Eric Northman: WHAT IS WRONG WITH THE REPUBLICANS ?

Laleesh Pleetu: I agree; McConnell's noise should have sounded but half a minute. He gave Pelosi his balls and didn't even get a pen.

Elisa Severns: Nancys actions speak far louder than her words in certain situations. She has also been so ridiculously hypocritical. Schiff and Nadler are also disgustingly hypocritical.

Ron Ronald: Doesn't Nancy no that she's not going to be president after all this mess

Matthew Jessop: ALL TRAITORS OWE THEIR LIFE’s BLOOD TO THE “TREE of LIBERTY”
Pres Thomas Jefferson
expounded on how it is
NECESSARY AT TIMES to “Water the Tree of Liberty” w/ Patriot Blood and ESPECIALLY our ENEMIES. More SO
“OUR HOME GROWN”
ENEMIES,.. like mbrs of the two Chambers of our CONGRESS- HOUSE & SENATE! Also: Watch for or WHEN (very SOON NOW), mbrs of Congress will be shooting at each other. Pretty much a Re-enactment of the
“Shoot-Out at the OK Corral!” Republicans “Blowing Away” Dem’s as WELL as the WORST
g d TRAITORS— RINO’s.
Hey Fellow Americans/Patriots,.. we are ABOUT TO SEE WHEN
“FECAL is going to HIT
THE FAN!!” Also: that Event coming up back in VIRGINIA this coming Monday won’t be ANYTHING “SHORT”
Of REVOLUTION 2.0–
🙏O M G!🙏

George Thompson: THE MEDIA REPORTERS WHO ARE PART OF THE COVERUP,...THINK THEY ARE IMMUNE,...ITS INEVITABLE WE ARE GOING THROUGH A REVOLT SOON,...AND THE FILTH WHO ALLOWED OUR COUNTRY TO BE DIVIDED,....WILL HAVE TO PAY,....PROBABLY NOT WHAT THEY THOUGHT WOULD HAPPEN WILL ,...PROBABLY HAPPEN,.....AND PUTTING A MIKE IN THE FACE OF AN ANGRY PATRIOT WILL NOT BE WELCOME !

Russell Newton: IF the Repubs had any gonads, they would immediately on the first day would cite the written
transcript of Trump's phone call with the Ukrainian president, and restate the proof that the
Dems' case is unconstitutional AND the Dems have no evidence whatsoever. Case dismissed!

Adam sheet is a complete narcissist. 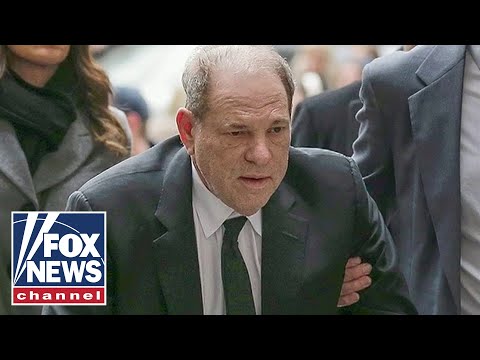 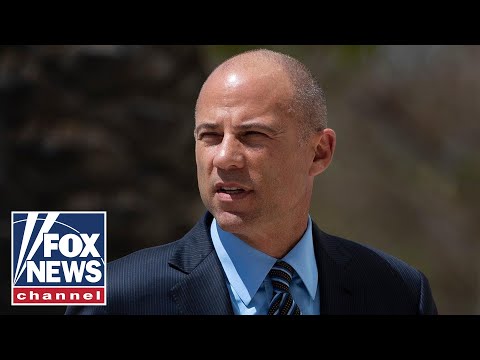