In this episode of American Thought Leaders , we sit down with John Koufos, the National Director of Reentry Initiatives at Right on Crime and the Executive ...

vel wheel: There is an other aspect to prison recovery. The prisoners are not required to accept responsibility for anything. The system needs to require prisoners to forsake crime, work a meaningful job ( not make work ), develop a plan for further work/career after release, not cause trouble in prison, be responsible for costs while in prison especially extra costs such as vandalism, be responsible for providing compensation to victims where appropriate. To obtain this lofty ideal establish the law to give the inmate limited expectations without cooperation. Feed him a bland diet, limiting calories ( not starvation ) until he cooperates, works and stops doing crime. The privileges increase as the inmate redirects his thinking toward being a responsible member of society. ( I am not able to develop this topic in this format )

Tomasz Dabrowski: can't believe it took this long to figure this out. Morons...of-course if you catch and release and put a sticker on everyone's head that says don't hire me... they'll gravitate towards real crime.

Paul Scott: Heartwarming indeed, utterly heartwarming. thanks for bringing this man on Jay.

Robert Booker: Murder, Rape, Armed Robbery and just generally PSYCHOTIC behavior gets the death penalty! Problem solved. No more REOFFENDERS and no need for INCARCERATON! Only a WEAK people sit back and watch their families and communities destroyed again and again and again, etc. IMHO! Deal with it! By the way, would you have this DORK as your lawyer? Asking for a friend.

Minoans rule Mycenaeans drool: The american dream died this week. We wont even be able to take care of our own families. Why should I care about a bunch of cons who will just break the law again?

Milk Man: I will say what everyone else is afraid to bring up, the ELEPHANT in the room is blk. https://youtu.be/XqQc9nEzA1k

Barbara Brooks: Many criminals have very low IQ's, severe ADHD or other mental disorders which mean they cannot function in society without medication and/or supervision. We have to realize that the 12% or so of society that have an IQ of 85 or below are going to either get involved in crime or be victims unless they have exceptional family and community support. However, often these people have family members who are mentally ill, addicted or who have marginal IQ's. We need different tracks for different types of criminals: those with mental disorders but normal IQ, those who are intellectually impaired, those who are addicts and those who are addicts, but also with mental disorders and/or low IQ's both during prison and after release. Many criminals need to live in a supervised situation with guidance about money management etc. for the rest of their lives. I'm not advocating a nanny state for everyone, but there is a segment of society which cannot function any other way. Some could live in special boarding houses or trailer parks with social workers or other qualified people on site to visit them weekly and monitor them for when they need help and try to help them before they get into trouble again. Those who have good parents could have their parents be given guardianship so that if the person messes up, the parents can send the person to a mental hospital, rehab or halfway house as needed. It's great to hear about ex-con's who do well, but when I worked in the jail hospital years ago, I would guess that fewer than 50% had a normal IQ and many had severe ADHD.

Tron_23: Another option is allowing everyone to legally arm themselves to kill the thugs instead of allowing the thugs to make them victims. My entire family came from extreme poverty yet none of us committed crimes. Poverty is not an excuse to commit crimes.

J C: Thanks God for the strength this man has...It is too bad that the legal system is all to happy to make misery out of people weaknesses with substances. It is a great story of success

Dwaine Castle: What an amazing man. Thank you. However people have criticized the prison system of the US for not preparing people for re-entry into society since at least the 1960s.

Eric eric: big difference is the criminals want to steal the American dream

One Race Through Adam: Street dealer in teens with several chances at jail time, so sympathies for others like me. Conversely, also been crime victim- the victims are often forgotten ones, especially in our urban areas. A good education is critical and is easiest policy fix. Family breakdown is tougher- but education and bring jobs back from China would be big help.

I AM: Never happen as long as the scarlet letter F for felon is a life sentence. Once you have done your time you should get a clean start as long as you are a non violent person.

Sandy Seas: Praise God! Totally on board with 2nd, 3rd, etc chances (opportunities.) Also believe failures are merely the first rungs of the ladders of success.

jennifer Mims: The only problem would be if the prisoners are let out, many will be released to the streets. The ones who keep using will be the problem.

Teresa B: People don't want to be alcoholics or addicts of anything. Prevention and cure should be the focus. Not everyone has the key to open the doors of freedom.

Even government gets what it buys.....pay to house, feed, & provide medical care to unwed mothers....and one gets more unwed mothers 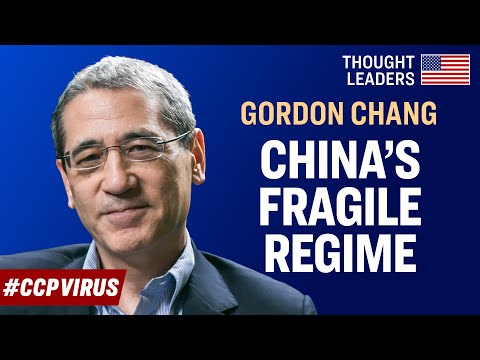