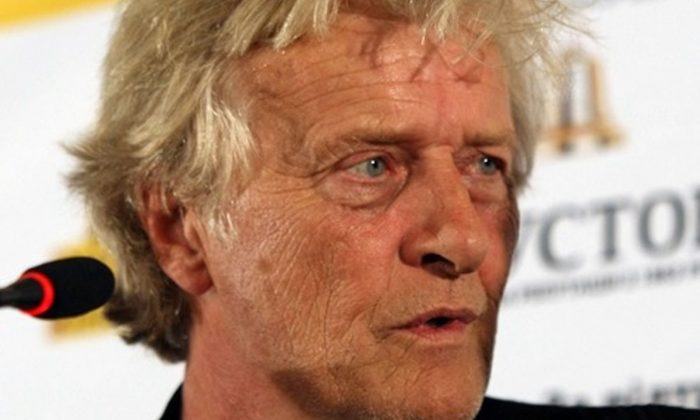 Rutger Hauer, the longtime actor best known for his performance as Roy Batty in “Blade Runner,” died at age 75, it was reported on July 24.

Hauer’s agent, Steven Kenis, confirmed his client’s death to Variety.com, saying his funeral was on Wednesday. He died at his home in the Netherlands.

He’s best known for his role as tragic villain Roy Batty, the leader of a gang of replicants, next to Harrison Ford in the Ridley Scott sci-fi masterpiece.

The Dutch-born actor also appeared in “Batman Begins,” “Blind Fury,” and a number of other films.

“He was born Jan. 23, 1944, in Breukelen, the Netherlands, near Amsterdam. Though both his parents were acting teachers, he took a circuitous route to the craft. He ran away from home at 15 to join the Dutch merchant navy; after returning to Amsterdam in 1962 he briefly studied acting, but exited school again for a stint in the army,” according to Variety’s description of his early life.

Hauer is survived by his second wife of 50 years and a daughter.

Longtime R&B singer James Ingram died in late January. Quincy Jones, a collaborator of his, wrote, “With that soulful, whisky sounding voice, James Ingram was simply magical … every beautiful note that James sang pierced your essence and comfortably made itself at home.”

“Top Chef” alum Fatima Ali died on Jan. 25, after a battle with terminal cancer. She was 29.

Former “Top Chef” contestant Bruce Kalman paid tribute to her, “It’s with a heavy heart we say goodbye to Fatima Ali today, as she has lost her battle with cancer.”

Comedian and actor Bob Einstein died on Jan. 2 after a battle with cancer. He was 76.

Daryl Dragon, or “Captain,” of pop group Captain and Tennille, died on Jan. 2 of renal failure.

Go Back: Entertainment
Previous: ‘Stories We Tell’ Director Sarah Polley Looks Back on Her ‘Proudest’ Film and How It Changed Her Forever
Next: Film Review: ‘The Art of Self-Defense’: Faux Sensei Teaches Fake Masculinity
source : www.theepochtimes.com
''