Cause of Death Reveled for Singer Eddie Money: Report 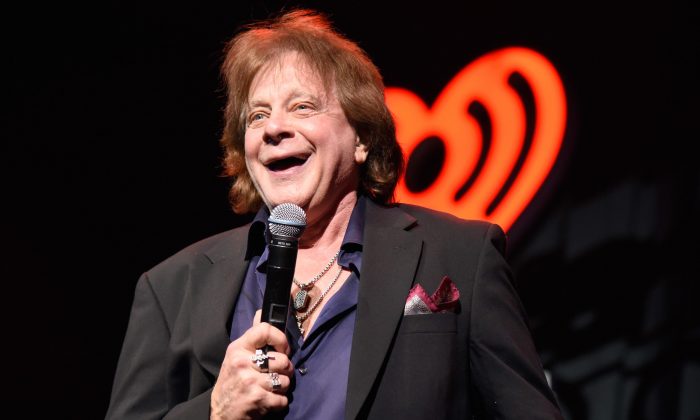 A source close to singer Eddie Money, who recently died at age 70, died of complications associated with his heart valve procedure that was done several months ago, according to a report.

TMZ reported on the cause of death development hours after his family revealed that he died Friday in Los Angeles.

His family told Variety: “The Money Family regrets to announce that Eddie passed away peacefully early this morning. It is with heavy hearts that we say goodbye to our loving husband and father. We cannot imagine our world without him. We are grateful that he will live on forever through his music.”

Money is known for hits “Take Me Home Tonight,” “Two Tickets to Paradise,” and “Baby Hold On.”

Weeks ago, Money announced that he was battling esophageal cancer.

“I thought I was going in for a check-up and [the doctor] told me I have cancer,” Money said, according to Rolling Stone. “We found out that I had cancer and that it was stage 4 and that it was in my liver and my lymph nodes and a little bit in my stomach… It hit me really, really hard.”

Money’s wife Laurie added, “Eddie has been diagnosed with Stage 4 esophageal cancer. It’s in his esophagus, it’s in the top of his stomach—it’s where the tumor is—and it’s also spread to his liver.”

Money, who was born Edward Joseph Mahoney, said that he didn’t want to keep the diagnosis “from everybody.”

“It’s not honest. I want to be honest with everybody. I want people to know that cancer [treatment] has come a long way and not everybody dies from cancer like they did in the Fifties and Sixties. Am I going to live a long time? Who knows? It’s in God’s hands,” he said.

But in 1981, Money overdosed on fentanyl, which left him with a badly damaged sciatic nerve.

“It was very scary,” he told People magazine in 1996. “I was in physical therapy for more than a year.”

He is survived by his wife Laurie and children Zachary, Jessica, Joseph, Julian, and Desmond.

Tributes poured out to him on social media.

“The Brady Bunch” star Maureen McCormick wrote: “Rest In Peace My Dear Friend Eddie Money. I was so honored to be one of your background singers. Sending all my heartfelt condolences to Laurie and the family.Thinking of you and sending my love.”

Wendy Dio wrote: “It is with a very sad heart that we learnt this morning that Eddie Money passed away. He was such a kind, generous man who gave his time & talent many times to perform for our charity events. Sending our deepest sympathy to his wife, Laurie & his children.”

Go Back: Entertainment
Previous: ‘The Devil and Daniel Johnston’ Filmmaker Jeff Feuerzeig Remembers the Late Austin Legend
Next: MoviePass Shuts Down and Can’t Predict ‘If or When’ It Will Return
source : www.theepochtimes.com
''