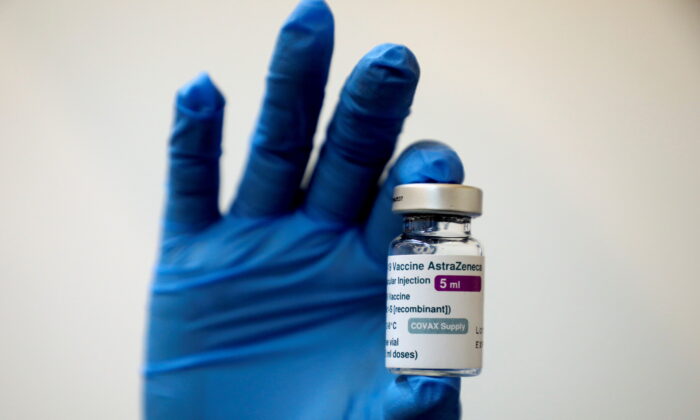 A study in Denmark and Norway has found slightly increased rates of vein blood clots among people who have had a first dose of AstraZeneca’s COVID-19 vaccine, including clots in the brain, compared with expected rates in the general population.

Researchers who conducted the study stressed, however, that such side effects are extremely rare, and the benefits of the vaccine still outweigh the risks in most situations.

“The absolute risks of venous thromboembolic events described in this study are small, and the findings should be interpreted in the context of the benefits of COVID-19 vaccination at both the societal and the individual level,” they wrote in a summary of their findings published in the BMJ medical journal on Thursday.

Norway suspended its rollout of the AstraZeneca vaccine on March 11 after a small number of cases of blood clots combined with bleeding and low platelet counts. Denmark has also withdrawn the shot from use.

European and UK medicine regulators have said the vaccine is safe and effective, and that its benefits far outweigh any side effect risks, but several other countries have recommended using it only in certain age groups.

The BMJ study looked at 280,000 18–65 year-olds in Denmark and Norway who had a first dose of the AstraZeneca vaccine between the start of February and March 11.

Using national health records, the researchers identified rates of events such as heart attacks, strokes, deep vein blood clots, and bleeding events within 28 days of receiving a first vaccine dose, and compared them with expected rates in the general populations of Denmark and Norway.

Commenting on the findings, Paul Hunter, a professor of medicine at Britain’s University of East Anglia, said they added to the understanding of the risk of thrombosis after COVID-19 vaccination, but should not alter regulators’ conclusions.

“Those countries that delayed their own vaccination programmes at a time of high transmission rates by declining to use available (AstraZeneca) vaccines should know that their decision will have contributed to an increase in the number of avoidable deaths from COVID-19,” he said.